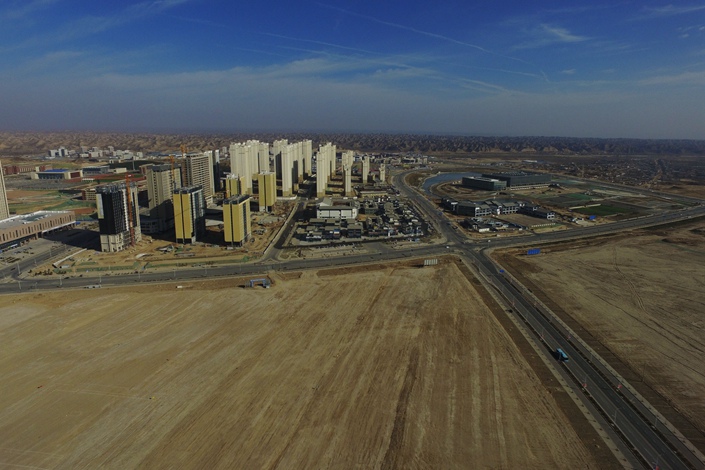 China has announced plans for an “ecological red line” that will bar development of nearly a quarter of the country by the end of the decade.

The policy was introduced in a State Council document published on Sunday, which also affirmed several other ambitious environmental targets to be completed by 2020 as China enters a “new era” of “ecological civilization,” according to the document.

The guidelines also double down on commitments to reducing China’s heavy-water pollution and the amount of sewage and contaminants entering waterways. It targets making more than 70% of water fit for human contact by 2020, with Beijing, Shanghai and Tianjin encouraged to meet the goal ahead of schedule. Only a third of China’s water is suitable for inclusion in the water supply, and 13% is too contaminated even for industrial use, according to the Institute for Public & Environmental Affairs (IPE), a Beijing-based non-governmental organization.

Improving air quality is another goal, with cities at the prefecture level or above required to increase the number of “clean air days” they experience by 2020. Just over half the number of days were clear in the industrial Beijing-Tianjin-Hebei region in 2016, according to the government-run English-language newspaper China Daily.

“This is a very important document because it shows the public the government’s sense of urgency in tackling water and land pollution and lays down a road map for doing so that all stakeholders can understand,” IPE Director Ma Jun told Caixin. “The short time frame is challenging, but this is the kind of powerful plan that China needs to show that government policy can walk the talk.”

The State Council did not specify which areas will be protected by the red line, but it is likely to include substantial swaths of China’s sparser western regions, along with natural pockets along the more densely populated east coast, Ma said. The government is also paying more attention to protecting riverbanks and grasslands in key areas, carrying on a trend of moving larger factories away from water sources, Ma said.

Under President Xi Jinping, the central government has increasingly focused on tackling the severe environmental degradation caused by China’s breakneck development over the last four decades. In his key speech at the quinquennial 19th Party Congress last year, Xi mentioned the environment 89 times — more times than he brought up the country’s economy.

A key challenge for environmental protection has been enforcing Beijing’s orders at the provincial level and local levels, where officials also face pressure to improve economic performance.

Tackling this problem will likely become easier following the creation in March of the Ministry of Ecology and Environment, which has more teeth than its predecessor to deal with its responsibility of monitoring and enforcing local government’s environmental commitment duties.