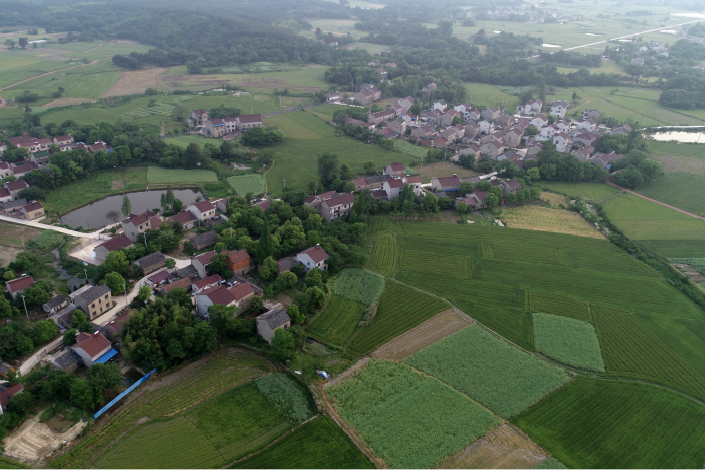 Rejuvenating rural villages, agriculture, and the livelihoods of rural workers should continue to be a major task for the Chinese government, according to the first document issued jointly by China’s State Council and the Communist Party Central Committee this year, as well as a subsequent opinion document published in February.

In the process of implementing the central government’s plans for rural reform, China should not only strengthen investment in infrastructure, material, cultural and economic structures, but should also ensure that reforms will be backed by law and institutions through the strengthening of the legal system, especially in relation to land rights.

China’s rural economy has changed and developed dramatically since the country began opening up. However, in order to promote further development of rural areas, China must attract more capital, knowledge, technology and talent to rural areas with development potential. But flaws in China’s rural land registration system have limited the circulation of rural land on the market and through society. The system also prevents advanced productive forces from leaving cities and entering the countryside in search of investment opportunities.

In the past, conventions were upheld by relationships between rural community members and concern for one’s reputation within a small community. But in today’s “society of strangers,” investors will be confident about investing in the countryside only if national laws provide detailed and effective protections of property rights.

In recent years, the central government has promoted programs to register and clarify rights to plots of collective land. This very important reform should be reaffirmed and safeguarded in a timely manner through legal reform.

China currently has about 29 million hectares (112,000 square miles) of rural collective construction land — that is, landed slated for development use — out of which homestead land, which is allocated to farmers for the construction of homes, accounts for 70%. However, under existing Chinese laws, while rural residents hold the rights to use this land, most of it cannot be circulated on the land market, nor can it be used to provide financing opportunities for its occupants.

In 2015, China’s Land and Resources Ministry began a pilot rural land-use rights program aimed at easing the transition toward market circulation of land-use rights. In 2017, the central government initiated another pilot program, this time aimed at formalizing the practice of renting out homes constructed on collective land. These are important reforms for the rejuvenation of China’s rural areas, and should be incorporated as soon as possible into the legal system once the pilot programs end.

The process of revitalization will require many rural areas to construct modern industrial and commercial infrastructure. Modernizing agricultural practices will require the construction of logistics and processing facilities. However, the current rural land-use management system is unable to support many reasonable land-use needs.

This is because, by law, land development projects will be approved by local governments and land developers only if they fit within the annual construction land quotas. These quotas are formulated by the relevant departments each year, and then transmitted downward to local governments, which eventually apply them to each province, city, county and township.

However, with the rapid development of the Chinese economy in recent years, many local governments have to fight for their share of the construction-land quota, with most of each year’s quota being allocated to cities instead of rural areas. As a result, China’s vast rural areas have trouble promoting development even if they succeed in attracting high-quality industrial and commercial enterprises because there is frequently not enough land allocated for the construction of supporting industries.

Some rural residents are unwilling to be constrained by these restrictions on land use, and carry out construction of industrial and commercial facilities outside of the quota allotted to their area. However, these construction projects are technically illegal, and developers must prepare to face possible fines or demolition.

This fear that projects may be demolished or shut down is what causes farmers to develop land in a disorderly and inefficient manner, often causing damage to the environment. Authorities then see this disorder as a reason to clamp down on land-use controls, creating a vicious cycle.

As economist Lu Qian pointed out in a recent publication, in China, “farmers have land but are poor, while urban residents have no land but are rich.” According to Lu, this strange phenomenon is rooted in the land system. To solve these problems and revitalize rural areas, China must reform and improve its land-use management.

There are a number of concrete steps China can take. The country should establish new types of legal land rights, such as the right to make use of rural residences as collateral for financing, and the right to circulate rural land within a larger market context.

It should also revise its land-use management system and allow allocation of land-use rights to be determined by economic and social development planning, rather than on quotas.

This means than enterprises and individuals will be allowed to develop and use land as long as they follow guidelines laid out by development plans, and no longer have to meet quotas. Local governments will be allowed to approve projects that fit into overall planning strategies rather than having to apply to higher levels of government every year for a larger share of the construction land quota.

To prevent “Great Leap Forward” behaviors that may arise from this new freedom, the central government can use funding, taxation, financial and industrial policies to maintain control over land-use planning by local governments.

Cheng Xueyang is an assistant professor at the Kenneth Wang School of Law at Soochow University. This piece was adapted from an essay originally published in Chinese Social Sciences Today, a Chinese Academy of Social Sciences periodical.