Tencent Not Playing Around With WeGame International 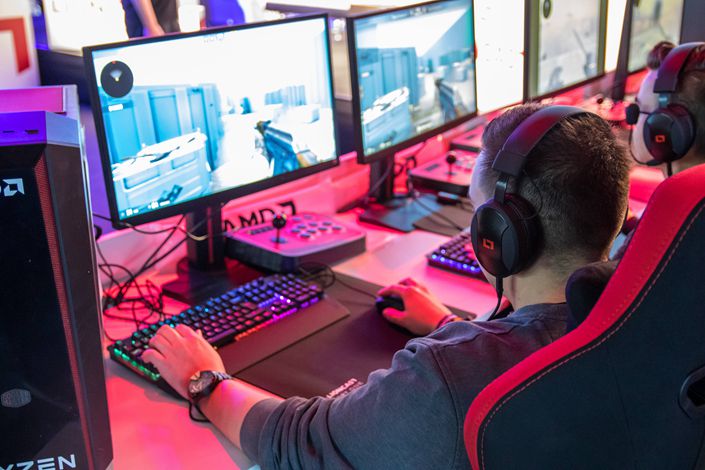 Tencent’s video game business generated an estimated $32.5 billion in sales in 2017, the most in the world. Photo: IC

* Outside of the Chinese mainland, WeGame will have to compete with Steam, the world’s largest game store with over 20,000 titles

Tencent, the company behind the massively popular WeChat messaging and social media app, operates the world’s largest games business by revenue thanks to its dominance in the China market, which generated an estimated $32.5 billion in sales last year, according to data from consultancy Newzoo.

In September, it renamed its online game store “WeGame.” The marketplace currently offers over 200 titles for download and also serves as a networking space for China’s gaming community.

Tencent did not immediately respond to Caixin’s request for more information about its international platform, but the South China Morning Post reported that a Hong Kong version of WeGame is in the works, and that version will eventually cater to an international audience.

Analysts said this new platform may help Chinese games go abroad, but WeGame’s success is not guaranteed as will have to compete with Steam, the world’s largest game store with over 20,000 titles.

“Tencent has struck up partnerships with various international game companies,” said Turian Tan, a gaming analyst with market researcher IDC in Beijing. “It could reach out to wider audiences by offering exclusive titles from the partners.”

The internet giant in recent years has stepped up its gaming expansion with investments in U.S. game developers Riot Games Inc., Epic Games Inc. and Activision Blizzard Inc. In 2016, Tencent bought the majority of Finland-based Supercell — developer of the “Clash of Clans” mobile game — for $8.6 billion.

This has led to it participating in over $4 of every $10 invested in game companies globally in the 12 months ending March 31, according to an industry report from Digi-Capital.

In June, Valve announced that it’s bringing Steam to China, under partnership with Perfect World Co. Ltd., Tencent’s smaller local rival. The launch date has not been announced.