Group-Buying Site Pinduoduo Aims to Raise up to $1.87 Billion in U.S. Listing 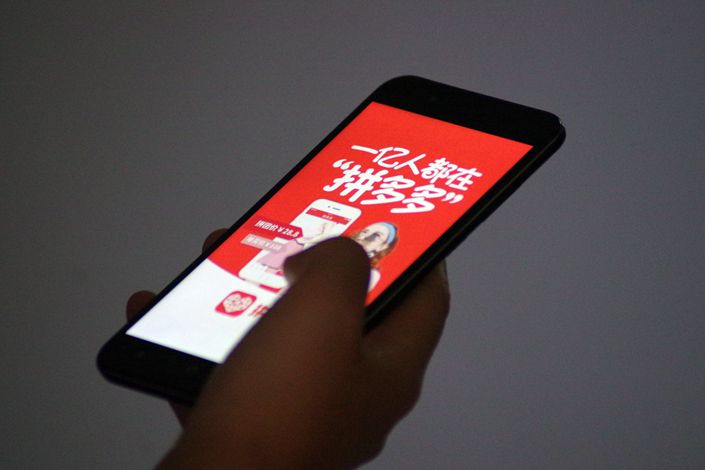 Pinduoduo, which went from creation to a planned flotation in only three years, is one of the fastest-growing firms in China’s thriving online shopping industry. Photo: IC

In its latest application for a U.S. initial public offering (IPO), Tencent-backed group-buying site Pinduoduo said it aims to raise up to $1.63 billion through the issuance of 85.6 million American depositary shares priced at $16 to $19.

In an updated application to the U.S. Securities and Exchange Commission, Pinduoduo said it is applying to list on the Nasdaq Stock Market under the symbol “PDD.” It said that the total amount raised through the IPO could reach $1.87 billion if the demand is strong and if the underwriters exercise an overallotment option.

The name of the company behind the site is now Pinduoduo Inc., a change from the name “Walnut Street Group Holding Ltd.,” which was used in the initial filing for a U.S. IPO two weeks ago.

The young company, which went from creation to a planned flotation in only three years, is one of the fastest-growing firms in China’s thriving online shopping industry. It is noted for its “group purchase” model that encourages buyers of groceries, electronic devices and other goods to invite their friends to join in the shopping spree to get discounts.

It ranked third out of China’s e-commerce companies in terms of sales, following Alibaba Group Holding Ltd. and JD.com Inc., according to an April report by market researcher eMarketer. The number of active buyers on Pinduoduo was 343.6 million by the end of June. The figure was only 295 million three months earlier, which trailed JD.com’s 302 million during the same period.

The platform’s gross merchandise volume for the twelve months that ended June was 262 billion yuan ($39.2 billion). The annual figure was close to JD.com’s GMV of 330 billion yuan for the first three months of 2018.