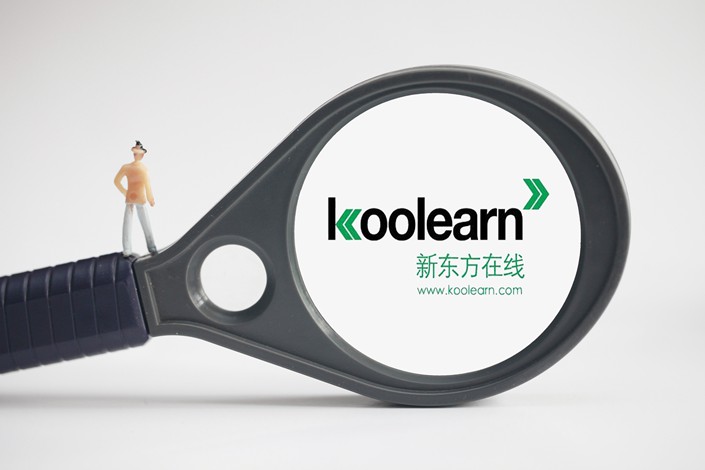 Backed by internet giant Tencent Holdings Ltd., Koolearn filed its draft prospectus to the authorities on Tuesday. It didn’t mention how much it plans to raise or the timetable.

As many as five Chinese education firms have gone public in Hong Kong and New York this year, racing to cement an early foothold in a fragmented yet fast-expanding multibillion-dollar sector as parents prioritize education for their children in a highly competitive society.

Koolearn is the largest online education brand in the college-exam preparation market in China, with a share of 8.2% in 2017 by revenue, according to consultancy Frost & Sullivan. It also offers primary, high school and preschool tutoring programs.

For the nine months ended Feb. 28, it had 852,000 students enrolled in its college-tutoring programs, or about 60% of its total student enrollments, the draft prospectus showed.

The company increased its net profit to 80.8 million yuan ($12.0 million) for the nine months ended Feb. 28, from 68.6 million yuan in the corresponding period of 2017. Revenue jumped to 485.4 million yuan from 327.4 million yuan the same period, the prospectus said.

Koolearn was founded in 2005 by New Oriental Education & Technology Group Inc., one of the earlier players in the market, which is currently listed in New York.

Contact reporter Jason Tan (jasontan@caixin.com)
You've accessed an article available only to subscribers
Subscribe today for just $.99.
VIEW OPTIONS
Share now and your friends will read it for free!
Share this article
Open WeChat and scan the QR code
RELATED