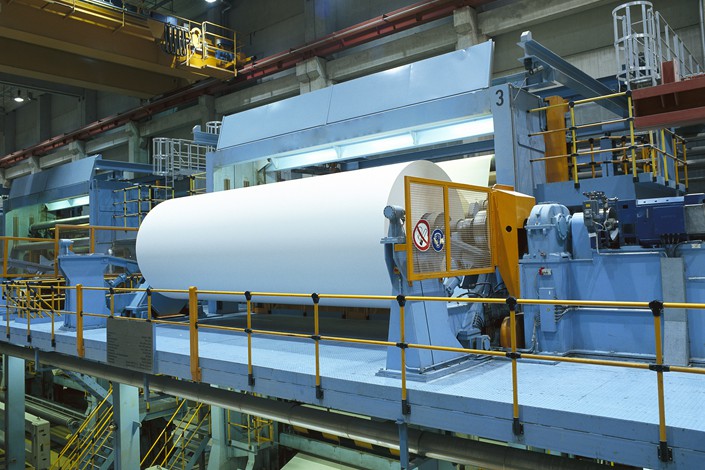 Last year the Laos facility posted a 14.5 million yuan ($2.15 million) loss on just over 144,000 yuan in revenue, but Sun Paper hopes to turn this around to a profit of some 80 million yuan. Photo: VCG

Shan Dong Sun Paper Industry Joint Stock Co. Ltd. will spend more than $600 million on a major upgrade for a production facility in Laos, seeking to make it profitable by recycling waste paper imported from North America and Europe.

Sun Paper’s board has approved an additional investment of $673 million into the plant in Laos’ Savannakhet province, more than doubling the previous $433 million in total investment since the facility’s establishment in 2010, the company said in a Wednesday filing to the Shenzhen Stock Exchange.

The expansion will have the annual capacity to make 1.2 million metric tons (1.32 million short tons) of pulp and paper products, which will be recycled mostly from waste paper imported from the U.S. and Europe, it said. That would include one production line capable of making 400,000 metric tons of fiber pulp board, and two lines each with capacity to make the same amount of wrapping paper.

Sun Paper said it expects the new addition should be able to turn the Laotian plant profitable from its current money-losing status. Last year the facility posted a 14.5 million yuan ($2.15 million) loss on just over 144,000 yuan in revenue. But the company estimated the new project will be able to generate 641.5 million yuan in annual revenue, and a profit of 84.2 million yuan.

It said the expansion must still be approved by the company’s shareholders, as well as the relevant authorities in both Laos and China.

The project is part of a new generation of overseas investments by Chinese firms under Beijing’s Belt and Road initiative, which encourages infrastructure-related companies to export their building and manufacturing expertise to countries along the ancient maritime and land-based Silk Roads connecting China with Europe.

Paper-product makers have been active among that group, launching several projects in Scandinavia where the industry is well developed.

In April, Anhui Shanying Paper Industry Co. Ltd. said it would invest in a major new pulp and organic products manufacturing facility in partnership with Finland’s Boreal Bioref. That same month, personal-hygiene products-maker Hengan International Group Co. Ltd. said it would buy about a third of Finnish company Finnpulp, which was also planning to build a major pulp-producing facility.