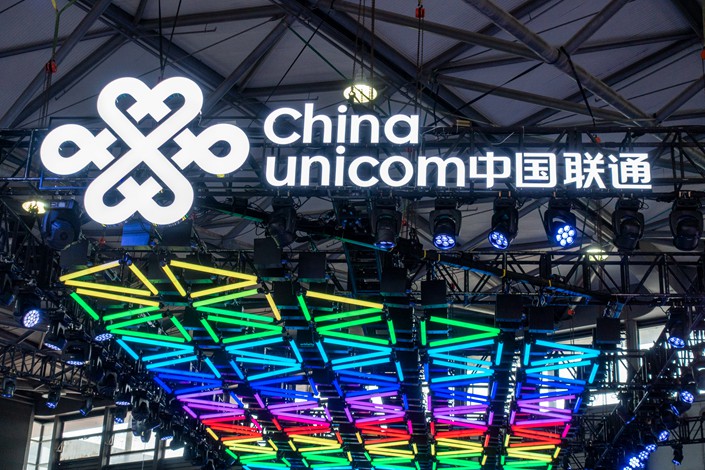 The smaller two of China’s three major wireless carriers have announced a series of top executive moves simultaneously, fueling speculation that Beijing could be contemplating a merger between China Telecom and China Unicom.

China is the world’s largest mobile market with more than 1 billion subscribers, nearly all getting service from the three big carriers — China Telecom, Unicom and industry leader China Mobile. China Mobile is the dominant player in the group, controlling about 60% of the market, leaving the rest with Unicom and China Telecom combined.

China Telecom announced on Thursday that Liu Aili was leaving as its president and chief operating officer, just 10 months after joining the company from China Mobile. He will take up a new post as chairman of China Post Group Corp., the nation’s postal authority. On Friday the company separately announced the appointment of Zhu Min as its new chief financial officer, promoting her from her current position as the company’s chief accountant.

Separately, Unicom announced that its president role will be assumed by Li Guohua, holder of the China Post presidency being taken over by China Telecom’s Liu. Unicom had previously announced last week that its president, Lu Yimin, will be leaving to become president of state-owned engineering firm China General Technology Group.

Such movement of top officials between major state-owned corporations is relatively common in China since all count various central government agencies as their controlling shareholders. But a series of concurrent moves at the top can also sometimes hint at broader upcoming restructurings, such as a major one that occurred in 2008 when China’s four wireless carriers were consolidated into the current three just before the regulator issued 3G licenses.

The recent series of moves has come as one media outlet reported that Beijing may be considering a merger between Unicom and China Telecom as part of an effort to consolidate the sector and also reduce the large cost of building new upcoming 5G networks, Jefferies analyst Edison Lee wrote in a research note on Friday.

China is moving aggressively to roll out 5G service, with phones for the new technology set to come out as soon as next year. That accelerated timetable comes as China tries to be among the first major countries worldwide to roll out the technology and have a greater say in its development and commercialization.

But the country may be hoping to save some money by having to build only two 5G networks if it consolidated the industry from the current three players to just two, Lee said.

“While puzzled by recent personnel changes at China Telecom and Unicom, we are even more intrigued by a local media report that suggested the two would merge,” Lee wrote. “Previously we did not believe that would happen, but the current trade war may have prompted China to change its mind to accelerate 5G rollout at a lower cost. Note the huge industry restructuring in 2008 preceded 3G licensing.”