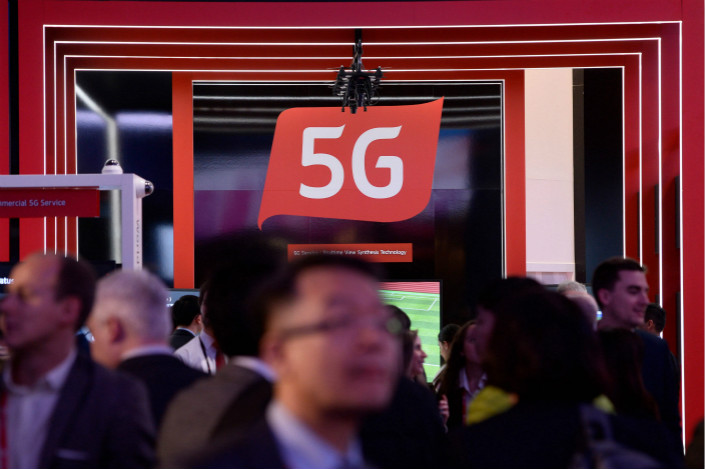 A 5G display is seen at the Mobile World Congress, the world's biggest mobile fair, on Feb. 26 in Barcelona, Spain. Photo: VCG

China will start to test commercial-quality 5G wireless services next year and could roll out national commercial networks in 2020 as it tries to play a leading role in the development of next-generation telecommunications services, a leading researcher said.

Such a timeline is roughly consistent with other recent signals from China’s regulators and industry players over the last few months, as the nation prepares for a multibillion-dollar spending spree to build its next generation of wireless networks.

If the plan proceeds on schedule, 2020 could see 484 billion yuan ($76.5 billion) worth of output in China for products and services related to 5G, said Liu Duo, head of the China Academy of Information and Communications Technology, a top research body connected to the nation’s telecommunications regulator.

Such a timeline would also make China among the first countries in the world to roll out full-scale commercial 5G services. Such a development would be a sharp contrast to the past, when the nation was often years behind as it let Western companies take the lead in developing and perfecting new technologies.

“In the past, China was a blank slate for 2G,” Liu told Caixin in an interview, referring to some of the earliest wireless technologies to enter the country around the turn of the millennium. “For 3G, we played catch-up; for 4G, we were in step with others; and now for 5G, we hope to be a leader. We have been creating an industrial chain these last few years, which has given us the ability to reach this stage.”

China is now in the process of third-stage trials for its 5G technologies, and the trials are expected to continue through the end of this year, Liu said. Such trials are focused on the big backbone equipment used to build networks, making sure they meet industry requirements. Next year, the country will select several cities to set up trial commercial-use 5G networks, he said.

“Creating 5G handsets is the latest part of the commercialization process. It’s also the most difficult,” he said.

China has been an active developer in the global 5G community as it seeks to exert more influence over global communications standards and garner profits from related intellectual property development. The country now boasts some of the world’s leading players in the space, led by networking equipment and smartphone giant Huawei Technologies Co. Ltd.

But China’s desire to play a more-active role in such development has also raised concerns from some in the West who worry that Beijing could use its influence over domestic companies to make networks less secure for purposes like spying. Analysts cited such concerns as a factor behind Washington’s veto this week of a proposed mega-deal that would have seen Singapore-based Broadcom Ltd. buy leading U.S. smartphone chipmaker Qualcomm Inc. for $117 billion.