Foreign Investment in Stocks, Bonds Triples in First Half 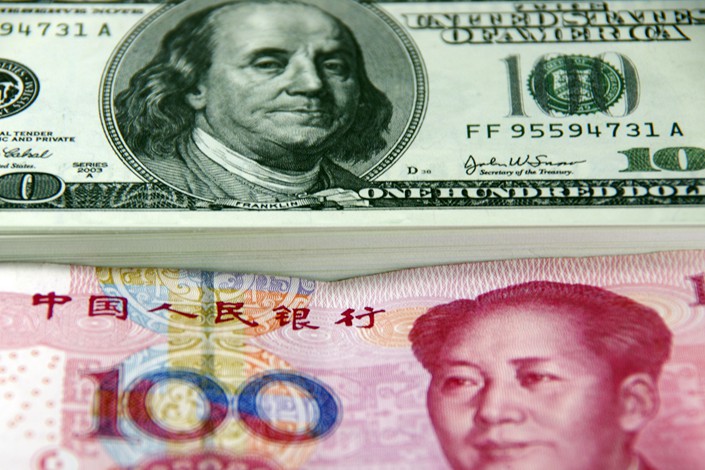 * Still, foreign investors hold no more than 3% of domestic stocks and bonds

(Beijing) — Net foreign investment flowing into China’s capital markets tripled in the first half of 2018 from the same period a year before, indicating some progress in China’s attempts to bring in more foreign capital to its young and volatile markets.

However, the proportion of securities currently held by foreign investors in China’s stock and bond markets is still no higher than 3% and 2% respectively — quite low compared with capital markets in developed countries, said Wang Chunying, spokesperson for the State Administration of Foreign Exchange (SAFE), at a news conference Thursday.

A series of developments helping to lure more foreign money into China’s capital markets have emerged this year. Most importantly, 226 A-share stocks, or yuan-denominated domestic shares listed in Shanghai and Shenzhen, were added to MSCI’s benchmark Emerging Markets Index on June 1. Global funds that mirror the MSCI indexes now buy shares of China-listed companies that make up those indexes. The index is tracked by money managers with $1.6 trillion in assets, according to MSCI.

New rules were also introduced in June to make it easier for foreign institutional investors to move money out of the country, as China stepped up efforts to liberalize its capital market and open the door wider for both foreign and domestic investors.

A policy is also under consideration to broaden access to the A-share market to the 900,000 foreigners who work in the country, as well as those who work overseas for A-share companies that offer stock options and other equity-based incentives.

Wang also tried to head off concerns that a plummeting yuan could lead to capital flight. “Since June 25, there has been an increase in market volatility, but the daily data, such as foreign exchange settlement and sales, and nonbanking cross-border capital flows, shows that this period has been far from the high pressure of capital outflow that took place in 2015 and 2016,” Wang said.

The yuan has plunged against the dollar in recent weeks, with the central parity rate, set by the People’s Bank of China at the start of each trading day, hitting a one-year low on Friday.

In 2015 and 2016, large-scale capital flight led to China imposing strict controls on taking yuan out of the country. China saw generally balanced cross-border capital flows in the first half of 2018, according to Wang. In the first six months of this year, Chinese banks purchased a net $13.8 billion worth of foreign exchange, compared to net sales of $93.8 billion for the same period in 2017, Wang said.

“The yuan has seen increased volatility against the dollar in the first half, (but) among global currencies it remains relatively stable and strong,” Wang said. “According to calculations on data from the Bank for International Settlements, the nominal effective exchange rate of the renminbi rose 2.8% in the first six months, ranking 10th among the 61 currencies that the bank monitors.”

The nominal effective exchange rate is a measure of the value of a currency against a weighted basket of several other foreign currencies.

“Earlier this year, yuan weakness reflected moderating Chinese economic fundamentals versus the majority of its trading partners, a strong USD, and narrowing yield differentials between it and the U.S.,” according to Hannah Anderson, Global Market Strategist at J.P. Morgan Asset Management. “Looking ahead, more RMB weakness seems warranted given all of these factors, but Chinese authorities will likely prevent the currency from moving too sharply in any direction.”