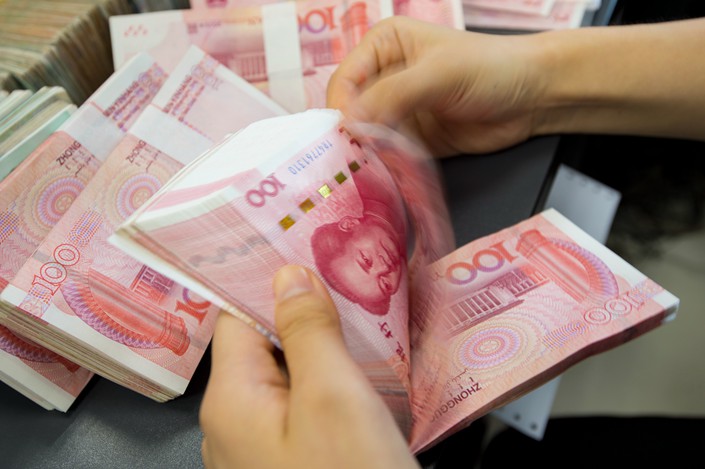 China is expected to allow financial institutions to set their own agenda for complying with new asset-management rules before a grace period expires at the end of 2020. Photo: IC

Financial institutions are now allowed to set their own agenda for complying with the new rules before a grace period expires at the end of 2020, according to a notice (link in Chinese) published Friday on the website of the People’s Bank of China.

After the rules came out, some financial institutions scrambled to offload assets while others took a wait-and-see approach pending details on implementation. In hopes of preventing a big swing in asset prices that could undermine financial markets, the Friday guidelines give financial institutions more flexibility by not requiring them to meet phased targets.

Industry regulators are working on specific rules to govern each sector under the framework set by the asset management rules. The China Banking and Insurance Regulatory Commission released draft rules Friday for the wealth management business operated by banks for public comment.

In the Friday notice, the central bank makes clear that publicly raised asset management products will be allowed to invest in certain non-standard debt assets, such as trust loans and entrusted loans that usually involve shadow lending. But such investments should meet requirements on duration-matching, quota limits and information disclosure, the central bank said.

For existing off-balance-sheet non-standard debt assets that institutions have difficulty offloading, the central bank will permit the moving of eligible assets back onto balance sheets by reasonably adjusting certain measurements when conducting bank macro prudential assessments.

Financial institutions with non-standard debt assets that need to return to their balance sheets are encouraged to issue debts to supplement capital.

Some institutions have invested their non-standard assets in restricted sectors or longer-term government-directed industrial funds. If after the grace period such investments cannot return to banks’ balance sheets because of policy or equity restrictions, institutions are allowed to “reasonably and properly handle” such assets upon approval by regulators, according to the notice.

During the transition period, financial institutions are also allowed to issue existing products to invest in new assets, with a priority on meeting the financing demands of the state’s key sectors and major projects, as well as micro-sized, small and midsize companies. The maturity date of such new assets must be no later than the end of 2020, the central bank said.

Financial regulators in April extended a grace period for the industry to comply with the final version of new asset management rules by a year and a half to 2020 in a concession as the industry pushed back against the stricter rules.

China’s massive asset-management market, with 102 trillion yuan ($16.1 trillion) invested at the end of 2016, has been plagued by lax supervision, excessive leverage and risks from mismatches between the duration of products and the maturity of assets. The industry has created a complex web outside the formal banking system, including 30 trillion yuan of investment products managed by banks and 53 trillion yuan issued by securities brokerages.