Banking Regulator Issues $210 Million in Fines in First Half

By Han Yi and Coco Feng 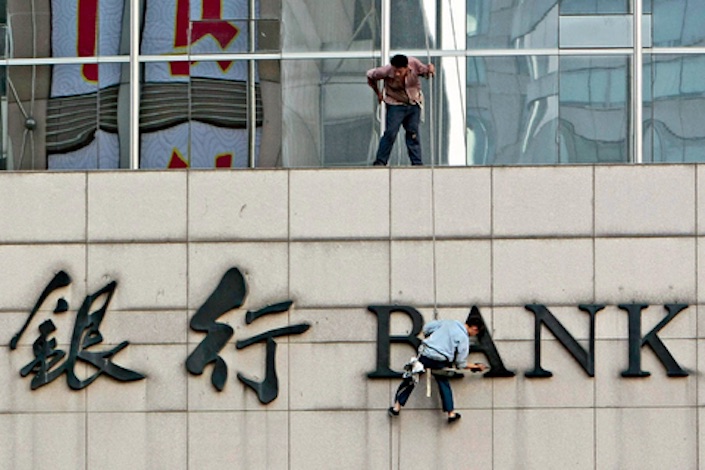 The China Banking and Insurance Regulatory Commission has issued fines to 798 banking institutions in the first half of 2018. Photo: VCG

China’s top banking regulator has fined 798 banking institutions a combined 1.4 billion yuan ($210 million) in the first half of this year.

The China Banking and Insurance Regulatory Commission (CBIRC) also banned 175 people from the banking industry — in some cases for life — in the first half, compared with 270 in all of 2017, according to the commission’s latest interim report (link in Chinese), released Friday.

The punishments show the regulator is intensifying its campaign on misconduct in the world’s largest banking sector by assets.

Banks not owned by the state, including China Merchants Bank, Shanghai Pudong Development Bank and Industrial Bank, have been the hardest hit in the crackdown. In May, the CBIRC announced that each of the three banks had violated more than 10 rules, mostly regarding interbank activities, banks’ bills of finance and money management services.

The CBIRC said that “potential key risks have been effectively controlled, but the banking sector’s situation remains severe and complicated.”

In January, the now-defunct China Banking Regulatory Commission announced that regulators would step up oversight on corporate governance, shadow banking and interbank activities this year.

On Friday, its successor, the CBIRC, enhanced the cleanup by issuing draft rules that raised standards for the wealth management business of banks.

Several bankers told Caixin that in order to cope with the greater oversight, they and their colleagues have had to spend more time reporting to the regulator, which has hurt their businesses.

By the end of May, interbank assets and nonbond investment fell by 2.6% and 7%, respectively, compared with a year earlier, the report said. The regulator pointed that that banks’ total assets grew 20 trillion yuan less than expected over the period.

In January, the regulator said it would also form special work groups to monitor regulatory and enforcement efforts in certain regions. The monitoring was supposed to include reviewing punishments to determine if they were too lenient.