By Ke Dawei and Quan Yue 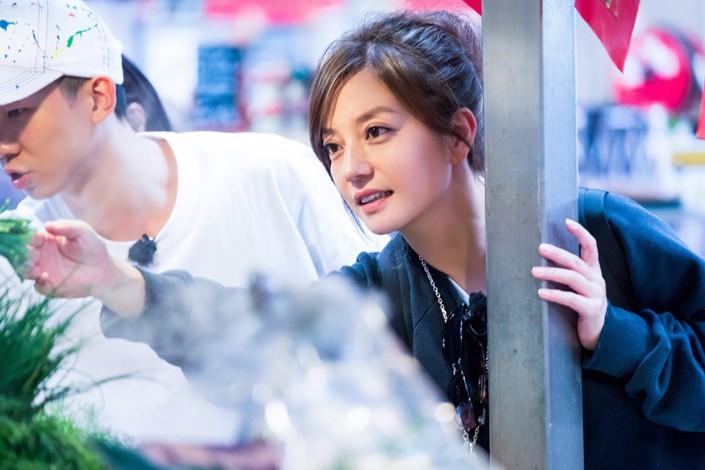 Investors who lost millions of yuan in a botched acquisition of an animation company want renowned actress and director Zhao Wei to be named a co-defendant in their lawsuit related to the case. Photo: IC

Billionaire actress and director “Vicki” Zhao Wei (link to profile), who was banned from the securities market for five years in 2017, may soon reprise an unwanted role at the center of a legal drama over her botched acquisition of a stake in an animation company, as a sequel focused on disgruntled shareholders is set to play out in court.

This week, a court in Hangzhou started hearing a case against the animation studio, Zhejiang Sunriver Culture Co., brought by investors who claim to have lost millions of yuan as a result of misrepresentation by the company and Zhao’s company, Longwei Culture & Media, as they failed to fully disclose important information related to the 3.06 billion yuan ($451 million) deal in a timely manner.

They want Zhao, Longwei Culture, and other associates to be named as co-defendants in the case. Sunriver, which is listed on the Shanghai Stock Exchange, has also called for Zhao to be named a co-defendant, arguing that she should bear some of the responsibility and the costs. The court is now considering the requests.

Sunriver disclosed on June 19 that it faced 61 claims for compensation amounting to a total of 18.4 million yuan over allegations of securities misrepresentation related to the acquisition, which fell through in April 2017. The company agreed to out-of-court settlements on 42 of the claims.

Zhao and her husband, Huang Youlong, have already been slapped with a five-year ban on involvement in the securities market. The punishment, which also included a 300,000 yuan fine each, was imposed in November by the China Securities Regulatory Commission (CSRC) following an investigation into their handling of the proposed purchase of a 29% stake of Zhejiang Sunriver, known at the time as Zhejiang Wanjia, and the impact it had on the share prices of both companies. The regulator said their market misconduct caused huge volatility in Wanjia’s share price, severely disrupted the market, and undermined retail investor confidence.

The CSRC said Zhao and Huang misled investors into thinking Longwei had secured sufficient funding for the purchase, which fell through when they couldn’t come up with the money. They were also found to have given false information in their disclosures and failed to provide regulators with information they requested.

The deal started to unravel when Longwei announced on Feb. 13, 2017, that it was scaling back its purchase and would take only a 5% holding, involving a payment of 529 million yuan, citing “huge uncertainties for securing funds on time.” Zhejiang Wanjia announced on April 1 that the deal had been terminated. Its shares, which had jumped to as high as 25 yuan in January 2017, had tumbled to 12.7 yuan by the time the deal was scrapped.

Zhao rose to fame in the 1990s for her leading role in the mainland TV drama “My Fair Princess” and has gone on to direct acclaimed films such as “So Young.”

She is not the only film star embroiled in an offstage drama. Last month the government announced plans to impose restrictions on the pay of film and television stars in response to a tax-evasion scandal that rocked the entertainment industry and ensnared top actress Fan Bingbing.