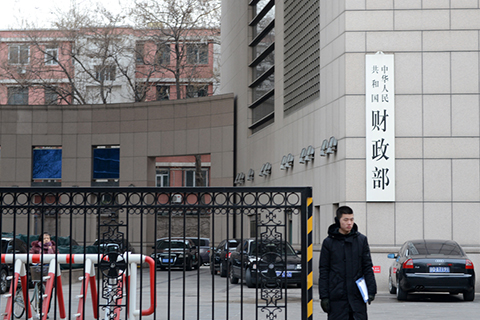 The State Council, China’s cabinet, said the country will adopt a more-active fiscal policy to support the economy and tackle external uncertainties amid concerns over slower growth and a worsening trade conflict with the U.S.

Fiscal policy will become more proactive, the cabinet said in a statement (link in Chinese) published after a Monday meeting chaired by Premier Li Keqiang. While China will not resort to stimulus in a massive way, the cabinet promised 1.165 trillion yuan ($172 billion) of tax cuts for businesses.

Slowing growth and persistent strain on business financing have sparked an unusual public debate on China’s fiscal and monetary policies. Last week, Xu Zhong, the chief researcher for China’s central bank in an article criticized the nation’s fiscal policy as inadequate to support economic growth, setting off the discussion between top monetary and fiscal policy makers.

Fiscal policy involves spending and taxation as set by central and local governments while monetary policy refers to interest rates and money supply as determined by central banks. Both kinds of policymaking can affect economic growth and inflation. For example, governments can encourage economic growth by increasing spending or cutting taxes or both, but too much fiscal stimulus can fuel inflation.

China is aiming for a 2018 government budget deficit amounting to 2.6% of GDP, down from last year’s 3%, Xu said. Governments can narrow budget deficits by slowing the pace of spending or raising taxes or both. Xu argued that the narrower deficit means the central government is tightening fiscal policy and failing to bolster economic growth. Meanwhile, many companies face rising tax payments despite pledges of tax cuts.

The central government will step up tax cuts to fulfill promised reductions of taxes and fees for businesses by 1.1 trillion yuan ($162 billion) this year, said the cabinet. In addition, a tax reduction policy for research and development spending applied to small tech firms will be expanded to all businesses, further lowering taxes by 65 billion yuan.

Policymakers should fine-tune policies according to economic conditions and strengthen the coordination between fiscal and monetary policies to support the economy, the cabinet said.

China’s economy expanded 6.7% year-on-year in the second quarter. The growth rate has not been that low since the July-September quarter of 2016. Decelerations in credit and investment add more concerns over the economy’s momentum, while escalating trade tensions with the U.S. have further complicated the prospects.

The central bank has taken easing steps to spur the economy, including three cuts of banks’ reserve requirement ratio this year to free up more capital and encourage economic growth. However, total social financing, a broad measure of credit in the economy, rose 9.1 trillion yuan in the first half of this year, 2.03 trillion yuan less than in the same period last year, data from the central bank showed. Year-on-year growth in M2, the broad measure of money in circulation, also hit a historic low of 8% at the end of June.

China will keep its monetary policy stable and maintain liquidity at ample and appropriate levels, the cabinet said. Authorities will guide financial institutions to use funds to support small firms and debt-to-equity swap projects, the cabinet said.

The cabinet also pledged to continue the central government’s crackdown on financial market violations while protecting the financial market from systemic risks, promoting market liberalization to private players and opening up to foreign investors.