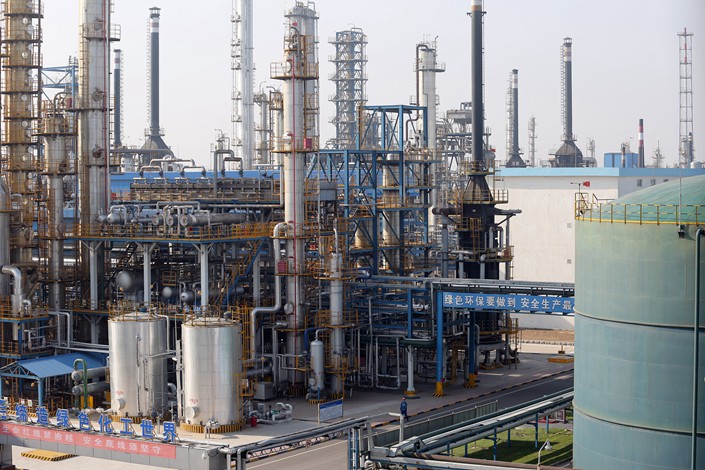 A refinery is seen in Dongying, Shandong province, in April 2017. Photo: VCG

A private grain and oil processing company in Shandong province has filed for bankruptcy as the national deleveraging campaign chokes off financing for private companies.

Shandong Sunrise Group Co. Ltd., a privately owned company founded in 1999, filed for bankruptcy with a county court in the eastern province of Shandong last week, according to a document published on a website run by China’s Supreme People’s Court.

The court accepted the company’s bankruptcy application (link in Chinese), which was filed on July 16, after it determined that the company’s debts exceeded the value of its assets, according to the document.

Sunrise Group, which at one point employed 6,600 people, has major operations in four sectors: petrochemicals, grain and cooking oil processing, trade, and tourism. In 2016, the group reported up 43.2 billion yuan ($6.37 billion) in revenue, according to public information.

Reuters has reported that both companies were once controlled by Sunrise Group.

Sunrise Group had been a star firm in Shandong, managing to make a list of 500 top private companies in China for seven years in a row.

Company Chairman Shao Zhongyi had expressed concerns in March 2015 that it was becoming difficult for companies in the real economy to get bank loans, telling domestic media that his company wasn’t the only one having trouble getting credit. Shao told China Economic Weekly, run by the official People’s Daily, that Sunrise Group had to scale back its business as banks started to reduce the loans they were willing to extend the company after the middle of 2014.