Bonds Backed by Home Loans Grow Fivefold in First Half

By Tan Yingzi and Pan Che 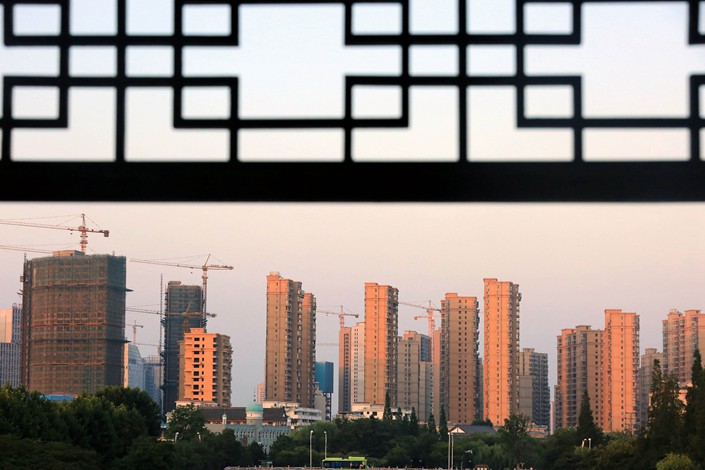 Issuances of residential mortgage-backed securities (RMBSs) shot up during the first half of the year due to rising demand for home loans and growing investor appetite for lower-risk products.

RMBSs issued by banks and other financial institutions surged 402% year-on-year to 196.5 billion yuan ($28.9 billion) in the first half from a year ago, accounting for 64.4% of total asset-backed securities (ABSs) with consumer loans as underlying assets, according to a report by ChinaBond, which tracks bond issuances in the country.

The report, on the development of China’s asset-backed securities market, attributed their rapid growth to a surge in home mortgages coupled with the growing desire of banks to move assets off their balance sheets amid a national deleveraging campaign. Once home mortgages are packaged into securities, the banks can sell them off to outside investors.

RMBSs offer investors a low-risk investment. They are highly sought after by investors who prefer safety over high returns, especially in a market in which corporate bond defaults are rising. The highly standardized and low-risk RMBSs pose a much lower risk of default, the report added.

All ABSs composed of consumer bank loans that were issued in the first half received the two highest credit ratings — AAA and AA+.

Government policies have provided a supportive environment for ABSs, the report said, adding that guidelines issued by the Shanghai and Shenzhen stock exchanges in May helped set up a comprehensive risk-management mechanism for the entire lifespan of ABS products.

RMBSs have also attracted foreign investors throughout the Bond Connect program, which allows investors from both the Chinese mainland and overseas to trade each other’s bonds.

RMBSs have a more than 10-year history in China. In 2005, the central bank initiated an RMBS pilot program, which was disrupted in 2008 during the global financial crisis. The central bank restarted the program four years later and RMBS issuances have gradually taken off since.

The report recommended setting up a government agency to support the acquisition and restructuring of mortgage loans. The government should also improve basic infrastructure to lower issuance costs and improve the level of RMBS liquidity on the secondary market, the report added.