Opinion: Time for BRICS to Consider Road Ahead 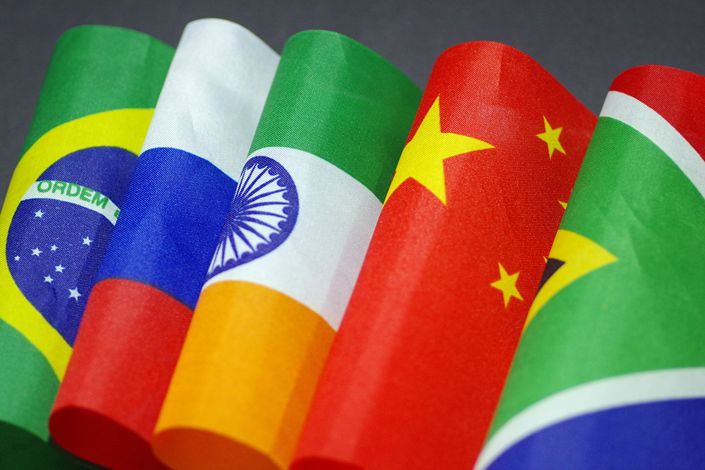 This autumn will be the 17th anniversary of when I first mentioned the BRIC acronym, in an article titled “The world needs better economic BRICs,” in which I laid out three different scenarios as to how Brazil, Russia, India and China could grow over the decade from 2001 to 2010, and, as a result of this, how global economic governance needed to be changed.

What has happened since, both to their growth performance and that of the world, and what has happened to world governance, and what is the future, especially for the BRICS economies, with an “S,” for South Africa, now included?

Of course, all these questions come against the background of the meeting of the political leaders of the BRICS nations — indeed, their 10th such annual meeting.

In the middle of the past 17 years — in fact, it will be 10 years ago this coming autumn — we experienced the global financial crisis, which led to the subsequent sharp slowdown in the world economy. In many ways, the 17 years can be characterized as two distinct periods — extremely strong growth across a lot of the world pre-crisis, and not-so-impressive growth post-crisis. At least this is the superficial appearance, as well as the observation of many so-called experts. In fact, while global gross domestic product (GDP) growth has been around 3.4% so far this decade since 2011, and this is indeed softer than the 3.7% of the previous decade, it is about the same as the growth experienced during the 1980s and ’90s.

While global GDP growth has been a bit weaker, it hasn’t weakened as much as many believe, and when you delve into the regional details, there is one reason, and it is China. The ongoing rise of China, despite its own slowdown, continued to be a significant source of strength for the world economy, never mind for the BRICS group itself. In fact, of all the increase in the global value of GDP this decade, nearly 50% has come from China alone.

Within the BRICS aggregate, in many ways the most powerful fact 17 years later is just how dominant China has become. The BRICS acronym is occasionally criticized on the inclusion of various countries, and even sometimes the exclusion of others, none of which makes sense to me — with the possible issue of South Africa. But the reality today is that China’s economy is $12.7 trillion, a size that is more than double the rest of the BRICS economies put together. It creates another equivalent of South Africa every three or four months, and not far off another Russia every year. It is not far off six times bigger than India, even though India’s GDP is now growing at a stronger rate.

This reflects the fact that since 2001, China has grown almost as strong as the more-optimistic scenarios I envisaged, and not withstanding annual ups and downs, and all of China’s domestic challenges, its economy remains on course to become as large as the United States’ economy sometime between 2025 and 2030. Because of this, and its dominance, the aggregate of the BRICS economies remains on track to become as big as the G-7 collectively sometime between 2035 and 2040.

In this regard, China is likely to experience slower economic growth in the next decade, and this shouldn’t be a surprise to anyone, and I anticipate that even with softer growth, probably between 5% and 6%, China will still become as large as the U.S. by 2027. If China doesn’t slow, then it is likely it will match the U.S. sooner.

Long-term growth for any country is primarily driven by two factors: its workforce and its productivity. China has reached the time when its demographics are such that its workforce, if not having peaked already, is close to it, so the only way it can continue to grow more than 6% would be for very strong productivity growth. In this regard, the dramatic appearance of a trade war, initiated by U.S. President Donald Trump, poses some threat of weakening China’s growth rate further.

However, so long as the tit-for-tat battles now taking place are contained, there could be some side benefit for China’s long-term growth performance, since it is likely to encourage a faster pace of domestic economic reforms, which is much more important to China’s productivity challenge relative to its external trade performance.

China continues to be at the center of the more-positive aspects of world growth opportunities, and the rise of its consumer is probably the single most important development in the world economy — something U.S. policymakers would be wise to take more care to notice.

As for the other BRICS nations, they face different growth prospects and challenges.

India has the most powerful labor force dynamics, and it is currently in the sweet spot of rapid labor force growth and starting to experience some of the intensity of urbanization that China has experienced for the past 20 years. It can therefore easily experience real GDP growth rates of more than 7% in the next 10 years, and, indeed, if it adopted more significant structural reforms, it could possibly grow by as much as 10%. By the middle of the next decade, India should easily have become the world’s fifth-largest economy, if not already challenging Germany for the fourth-largest, and remains on track to become the world’s third-largest economy by the late 2030s.

As for the other three BRICS economies — Brazil, Russia and South Africa — while they are very different economies and societies, they each face a very big, common challenge: They are highly dependent on commodities and their volatile cycles. Indeed, they are being held back by excessive dependence on commodity price cycles. As we have seen over the past 17 years, especially with Brazil and Russia, everything appears to be fabulous when commodity prices are rising sharply, but when commodity prices inevitably drop sharply, their economies suddenly appear to be full of weakness. The same pattern is true for South Africa, but to add to its woes, it has a much smaller working population and quite worrisome education and health challenges, and it needs major structural reforms.

I never included South Africa as part of the BRIC group because it is very small, and there are lots of other countries, including Nigeria, that would have at least as much justification. And I cannot imagine that in the next 20 years, South Africa is likely to be in the biggest 20 economies in the world. Brazil, however, despite its weakness in recent years, is still either eighth or ninth, and Russia is currently around the 11th-largest. Both can credibly become still much larger, with Brazil especially supported by reasonable demographics. But each needs to pursue policies to rid itself of the so-called commodities curse, and make its economy more resilient and dynamic.

It is in this context that my challenge for the 10th BRICS leaders meeting is for the leaders to ask themselves: What can you do to boost your collective growth performance? There are many things, and of course, an especially attractive one in the context of the U.S.-driven trade wars would be for the BRICS countries to pursue more free trade among themselves, making the policies of the U.S. much less relevant to any of the BRICS nations or the rest of the world.

Jim O’Neill is the former chairman of Goldman Sachs Asset Management and a British economist best known for coining the term “BRIC.” The article was originally published on China Watch.