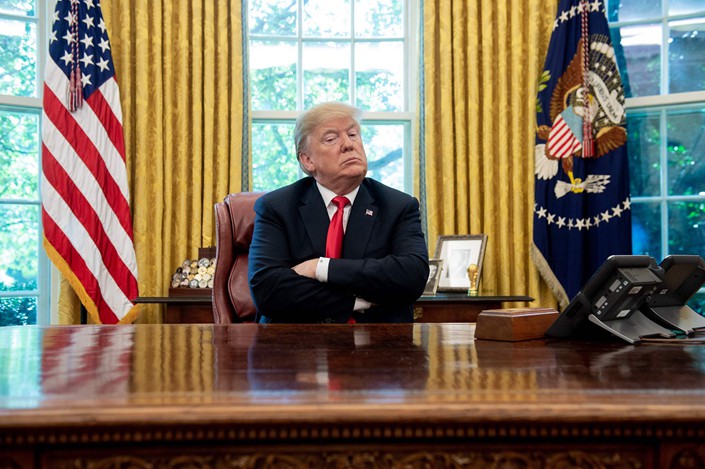 The brewing conflict between the United States and China is typical of zero-sum contests among countries, firms, and individuals. The U.S. is acting under the implicit assumption that if China’s GDP were to surpass that of the U.S. in nominal dollar terms, U.S. economic prospects would be reduced by an amount equal to the margin of China’s gain.

The idea that there needs to be a battle over trade or technological dominance at all is very much in keeping with U.S. President Donald Trump’s approach to economic and foreign policy. The recent arrest of Huawei CFO Meng Wanzhou in Canada itself raises the notion that the Trump administration is resorting to increasingly cutthroat methods to get its way.

Yet lost behind the spectacle of high-profile arrests are a few basic economic facts. For starters, one country’s gain is not necessarily another’s loss. Both the U.S. and China could have vibrant tech sectors that benefit from each other’s innovations. Moreover, China’s economy is a key driver of growth in many other countries, including the U.S. And given that its economy is already larger than America’s in terms of purchasing power parity, the fear that it will surpass the U.S. in terms of nominal GDP — which is not the same thing as wealth — seems rather beside the point.

It is only natural for a dominant power that finds itself in second place to experience self-doubt or a loss of confidence. But the U.S. will just have to get over it, as the rest of the world did when America became the single largest economy. Besides, the two primary factors behind long-term economic growth are the size of a country’s working-age population and its productivity. China has a significantly larger population than the U.S. does, so it stands to reason that it will surpass the U.S. in nominal size at some point (unless it were trapped in a permanent state of poor productivity). The same is true for India.

Another factor that has been overlooked is the Chinese consumer. For many businesses in a given economy, the size of the domestic consumer market is the strongest determinant of potential growth. At the start of this decade, Chinese government statistics showed that domestic consumption accounted for 38% of GDP; by the end of 2017, that figure had risen to 42-43%. In nominal terms, China’s consumer market is now around one-third the size of America’s, which is why iconic U.S. companies like Apple sell so many iPhones there.

Ten years after the global financial crisis, U.S. domestic consumption remains at around 70% of GDP. But it is unlikely that the global and U.S. economies will be able to rely on this source of demand for another decade, which is precisely why the Chinese market’s rapid growth should be welcomed by all — not least Western companies, whose bottom lines will increasingly depend on Chinese consumers.

Given its growth potential, the Chinese consumer market will continue to attract U.S. companies and investors, including from Silicon Valley. So far, Chinese regulations do not seem to have discouraged the big U.S.-based tech companies. Even Google, which left China eight years ago, is reportedly developing a filtered search engine to meet the Chinese government’s conditions for re-entering the market. Similarly, leading Silicon Valley investors such as Sequoia have been highly active in Chinese venture-capital start-ups for years.

Other countries can certainly disagree with China’s approach to domestic governance. But as a sovereign country, China is justified in pursuing the policies that it sees fit, at least until evidence emerges that its own people object to the course it has charted for itself. The widespread adoption of digital applications such as WeChat — a broader Chinese version of WhatsApp — suggests that Chinese consumers are not particularly put off by government controls, and quite enjoy the wealth of new platforms at their fingertips. Moreover, there has been evidence that some U.S. tech companies appear not to have full control of their own platforms. China’s more controlling line on corporate behavior might not suit freewheeling businesses, but may have some social benefits.

As for the Huawei case, if it turned out that the company did indeed violate contractual obligations not to transfer U.S. technology to Iran, then it is only reasonable that there should be consequences. That is true for any exporting business: U.S. secondary sanctions mean that companies and governments everywhere must consider whether their business with Iran is more important than their business with the U.S.

But the U.S. also needs to think carefully about its own actions. At some point, the dollar’s status as a global means of payment and reserve currency could be challenged. If the U.S. is too aggressive in its enforcement of secondary sanctions, other countries might either develop payment systems of their own or forbid their companies from doing further business with U.S. firms.

Whether China can become the world’s largest economy without also achieving technological dominance is an open question. But it is not one that other countries should be obsessing over at the expense of their own economic growth and long-term stability.