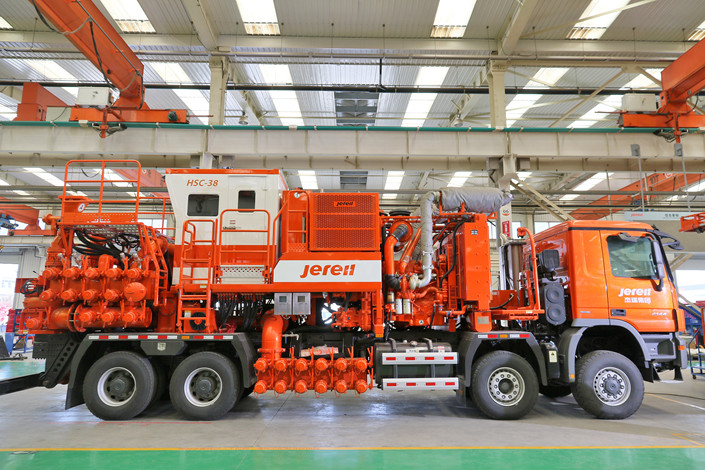 A Jereh vehicle is seen in Shandong province in May 2017. Photo: VCG

China’s Yantai Jereh Oilfield Services Group Co. Ltd. has agreed to pay nearly $3 million to settle a dispute with Washington over its suspected sale of U.S. goods to Iran in violation of American sanctions, the U.S. Treasury Department said.

The Jereh case stems from previous U.S. sanctions aimed at forcing Iran to curb its nuclear program, including prohibitions on selling U.S.-made products to Iran. Violation of those conditions caused a crisis earlier this year for telecom-equipment maker ZTE Corp. and is currently at the heart of a similar case involving its chief rival, Huawei Technologies Co. Ltd.

Jereh agreed to the settlement to resolve its potential liability for 11 violations of the sanctions, the Treasury Department said.

Goods in question included oilfield equipment such as spare parts, coiled tubing strings, and pump sets, according to the settlement notice. Two of the 11 shipments in the investigation were ultimately seized by U.S. customs agents, it added.