Regulator Says It Will Ease Restrictions on Stock-Index Futures Trading

By Zhu Liangtao and Ke Baili 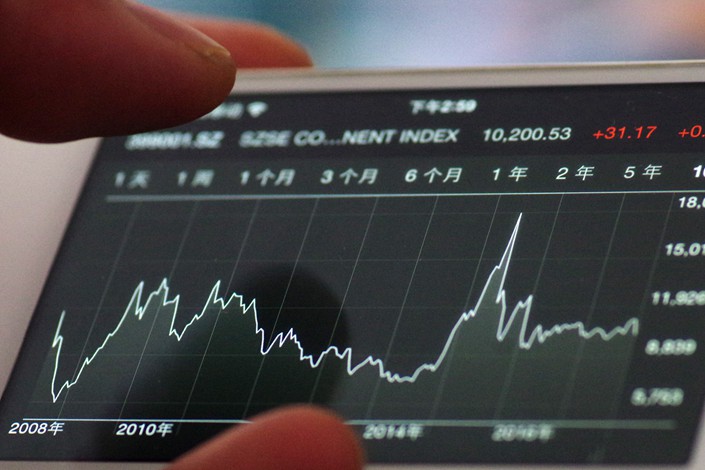 Vice chairman of the CSRC in charge of futures, Fang Xinghai, said China will move quickly to normalize stock-index futures trading, which was curbed in 2015, to improve risk management. Photo: IC

China’s tight restrictions on stock-index futures trading will be relaxed to increase investors’ ability to hedge against risk, after the country’s bourses slumped on trade tensions and economic slowdown fears in the past two months.

Stock-index futures allow investors to hedge against, or speculate on, broad shifts in the market that affect all the stocks tracked by a stock index.

China’s stock markets have been hit hard in the last two months on concerns over a trade war with the United States and disappointing economic data that may indicates a faster-than-expected growth slowdown in the second half of the year. The benchmark Shanghai Composite Index is currently about 18% lower than it was back in January, having fallen sharply in June.

The news of a revival of stock index futures was met with enthusiasm by investors, who have been deprived of easy access to the derivatives for more than two years, after the instruments were scapegoated by regulators as a major culprit for the 2015 stock market crash.

In response to that crash, during which the market lost more than 40% of its value, regulators imposed new rules requiring all investors trading stock-index futures to increase deposits with brokers to 40% of contract value, four times the previous 10% requirement. Commission charges for daily purchases and sales were raised sharply from 0.015% of transaction value to 0.23%, and a daily limit of 10 new positions was imposed. Trading volume of index futures plunged after the new measures were imposed.

In a later investigation, authorities failed to find evidence to support the theory that such derivatives worsened the stock market crash.

However, some caution about the outlook for stock-index futures is warranted. The CEO of a futures trading company who attended the CSRC meeting on Monday said that no timetable for the reform had been given and that a full revival of the instrument would take time.

This is also not the first time that Chinese officials have said they would loosen trading rules on index futures. Regulators started gradually easing restrictions in 2017 – increasing the number of new positions allowed per day from 10 to 20, for example – but to little effect. For example, the CSI 300 Index futures contract, which tracks the 300 largest and most liquid A-share stocks in Shanghai and Shenzhen, currently sees an average daily trading volume of about 20,000 – a far cry from the volumes of more than 2 million trades per day that were often seen for these kinds of futures contracts before the 2015 crash.

“That hardly counted as relaxing the rules. What’s the real difference between 10 and 20 positions?” a futures trader told Caixin, complaining about excessive regulatory caution.