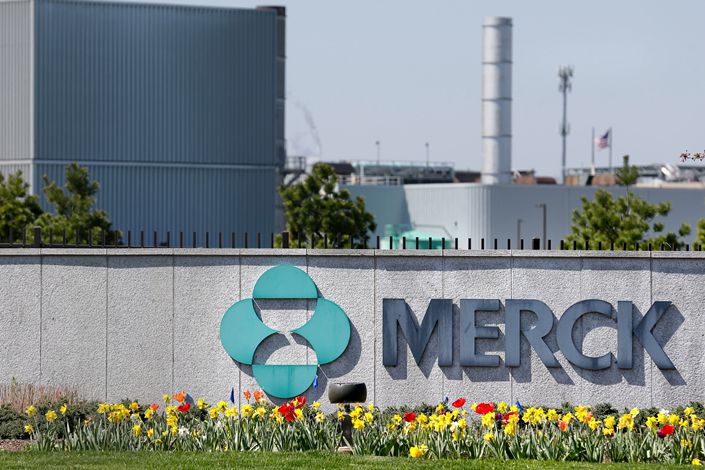 The corporate headquarters of Merck & Company Inc. are seen in Kenilworth, New Jersey, on May 1. Photo: IC

Pharmaceutical giant Merck Sharp & Dohme (MSD) has won approval to launch a cutting-edge cancer drug in China, a month after rival Bristol-Myers Squibb (BMS) obtained the go-ahead for its own such drug.

The MSD medicine, Keytruda, received the green light from the China Food and Drug Administration (CFDA) on Wednesday. The drug can cure certain levels of melanoma, a type of skin cancer.

The company, known as Merck & Company Inc. in North America, is awaiting the approval of the drug’s treatments on seven other diseases in China, including lung and gastric cancers. The company “will actively cooperate with the government” to let patients access the treatment as soon as possible, MSD China said in an emailed statement to Caixin on Thursday.

Keytruda belongs to a group of cutting-edge biologically based cancer drugs known as PD-1 inhibitors, shorthand for “programmed cell death protein 1 inhibitors,” which activates the patient’s own immune system to destroy cancer cells.

It is the second such inhibitor approved in China, after BMD’s Opdivo, which won approved in June to treat lung cancer. While it took seven months for BMS to launch its drug, MSD had to wait only five months.

MSD China said it was “very thankful for the Chinese government’s efforts to introduce innovative drugs.” The drug regulator has granted MSD qualification to get on the fast track, and the process has been the fastest so far among all imported cancer biologics in China, MSD China said.

Beijing has vowed to speed up the review of innovative drugs after the Chinese summer blockbuster flick “Dying to Survive” highlighted a real-life story of cancer-drug smugglers. The authorities are also trying to negotiate with pharmaceutical companies to lower prices of some life-saving drugs.

Three sources close to both MSD and BMS told Caixin that their two inhibitor products are expected to be priced at around 500,000 yuan ($73,800) per year in China — only half of that in the U.S.

The cheaper pricing comes as the Chinese government is determined to reduce the costs, while Chinese companies are also lining up their drugs for approval, sources said.

Although PD-1 inhibitors have worked well in some clinical trials, some oncologists have questioned their overall effectiveness, as they cure only 10% to 30% of patients with certain types of cancer. Some studies also show that the drugs can cause side effects such as fever, dizziness and even enteritis, an inflammation of the intestine.