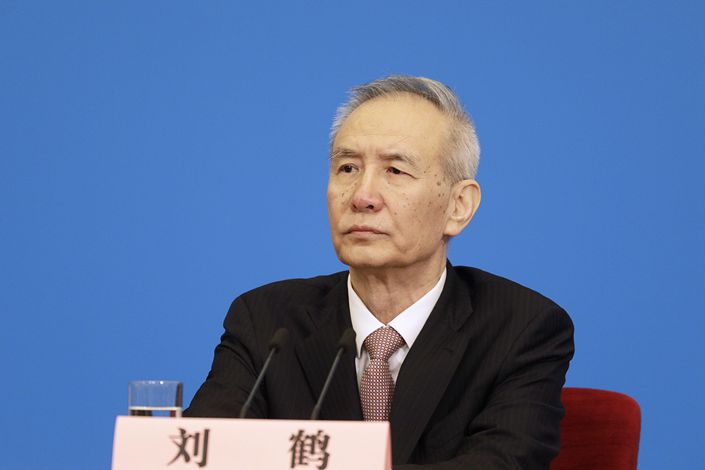 After years of keeping a low profile, Vice Premier Liu He has recently been catapulted into the spotlight.

Liu has taken on an increasingly important role in the country’s economic affairs over the past few months. Since becoming a vice premier in March, he has been appointed to one top position after another in cabinet-level leadership groups, including those targeting state-owned enterprise reform, work safety and financial stability.

Liu has long been seen as one of President Xi Jinping’s top economic advisors, especially since he was appointed head of the Communist Party’s Office of the Central Leading Group for Financial and Economic Affairs in 2013.

He had largely stayed behind the scenes until earlier this year, when he gave a speech at the World Economic Forum in Davos, Switzerland, on China’s plans for economic reform and opening up. As vice premier, Liu assists Premier Li Keqiang, who is serving his second five-year term.

In May, Liu met with U.S. President Donald Trump as Xi’s special envoy in an unsuccessful bid to head off a trade war between the two countries.

The following is a timeline of Liu’s rise.