Fast-Growing Pinduoduo Searches for its Niche 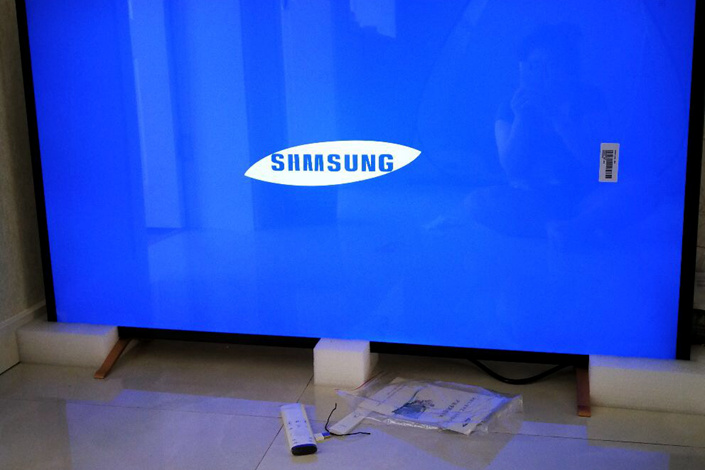 *The money-losing company, which has focused on the low-end market and China’s smaller cities, is yet to find its niche in China’s competitive e-commerce sector

It’s been a busy week for Pinduoduo.

On Thursday, the group-buying e-commerce platform made a strong debut on the Nasdaq, following a $1.63 billion initial public offering (IPO) that was one of the biggest floats by a Chinese enterprise this year. Its share price soared 40%.

But this was followed by consecutive drops after reports that it was selling counterfeit goods. It closed up 0.4% on Tuesday, but returned to contraction during after-hour trading, despite the company holding a press conference asserting that it had been cracking down on fakes and calling for joint industry efforts to tackle fraud.

Now, the Shanghai-based company is under investigation by a local regulator over the alleged counterfeits, the state market watchdog said on Wednesday.

The company spent only three years from formation to floatation, and remains somewhat of a mystery in an e-commerce industry dominated by Alibaba Group Holding Ltd. and JD.com Inc.

Pricing at the top of a range between $16 and $19, the IPO was more than 20 times oversubscribed by investors including Fidelity Investments and the sovereign funds of Abu Dhabi, a person close to the company told Caixin. “Individual investors couldn’t even get a single share,” the source said.

However, Pinduoduo is still a money-losing company. Investors and industry observers haven’t had enough time to study the company’s business model. Instead, they note that it is connected to big names — namely social media giant Tencent Holdings Ltd. — and has been compared to Alibaba’s Taobao marketplace in its early days, when counterfeit and shoddy goods were abundant.

Pinduoduo founder Huang Zheng said that for first-generation e-commerce sites, it is easy for store operators to sell counterfeits and hard to protect consumer rights.

In a 2017 annual report on intellectual property protection, Alibaba said that it closed 240,000 online stores on Taobao last year and that transactions involving suspicion of fake goods fell 29% to 1.49 out of every 10,000 deals.

On Tuesday, Pinduoduo said that it has removed more than 10 million problematic goods from its platform.

In most cases, sellers on Pinduoduo are required to compensate buyers 10 times the price of a product if it is determined to be fake. Huang said that, as a third-party platform that connects buyers with sellers, the merchants pay the penalties and Pinduoduo doesn’t touch the money.

But the situation is more complicated. Consumers have complained about being fooled by faux brands on Pinduoduo that sound legitimate — for example, a “Svmsung” (Samsung) television or a “Mr. Msevlce” (Mr. Muscle) cleaner.

Huang said that a growing e-commerce site can’t skip a phase in which there are counterfeits, but that Pinduoduo will go through the period faster than Taobao.

“I can’t promise that there are zero shoddy products on the platform, but in terms of proportion, it will be lower and lower,” he said.

When Huang, a former Google engineer, founded Pinduoduo’s predecessor Pinhaohuo in 2015, he expected it to become an online version of Costco Wholesale Corp. Three years later, he said that Pinduoduo should be a combination of Costco and Walt Disney Co. — both cost-effective and entertaining.

Pinduoduo is noted for its “group purchase” model that encourages buyers of groceries, electronic devices and other goods to invite their friends to join in the shopping for a discount. The more that join, the steeper the discount.

Explaining the promising but uncharted market Pinduoduo had tapped, Huang described it as “the New World.” “It’s like our ship has reached a deserted land. We don’t know how large (the land) is, but based on our growth and data, we have discovered ‘the New World’,” he said during a press conference at its trading debut in Nasdaq on July 26.

Huang said that Pinduoduo is not targeted at consumers residing in wealthier urban areas. Its emergence has largely relied on bargain hunters from China’s vast countryside. In 2017, an average Pinduoduo order cost slightly less than 40 yuan ($6), according to the prospectus.

This, too, is reminiscent of Taobao, one of Alibaba’s earliest online shopping sites, established in 2003, when buyers could find cut-rate prices and discounts. However, starting 2013, Alibaba decided to abandon the low-end consumer market after then-Chief Strategy Officer Zeng Ming argued in an internal report the move was necessary, a person from the company’s strategy department told Caixin.

If Alibaba continued to target the low-end market, “bad money drives out the good,” the person said, explaining how Zeng argued the issue in the report.

In recent years, Alibaba has focused on bringing famous brands onto its platforms. As consumer tastes mature, it is more and more costly for store operators to secure new patrons. “The cost of attracting a new customer on Alibaba marketplaces is 370 yuan, while it takes 270 yuan on JD.com,” the source close to Pinduoduo told Caixin.

Less financially secure merchants have thus shifted to younger platforms like Pinduoduo. But at the same time, quality is less guaranteed.

Tencent participated in a Pinduoduo funding round in 2016, and according to the prospectus, it has become the company’s second largest shareholder, holding a 17.8% stake. Tencent lags behind rival Alibaba in the lucrative e-commerce market, but has been catching up due to generous investments and acquisitions.

JD.com, fashion retailer Vipshop and group-buying and food delivery site Meituan-Dianping — all of which have investments from Tencent — are each displayed prominently on the WeChat Pay screen, the app’s digital wallet, through which users can shop and make purchases.

Being prominently displayed on the app has helped JD.com enlarge its user base. “Every one out of four new users on JD.com comes from WeChat,” a JD.com employee told Caixin.

Pinduoduo has secured the rights to place its icon button on WeChat as well, and is testing the technology now, according to the prospectus. But Huang did not want observers to overestimate the importance. “(The button) does cost money,” he said.

The JD.com employee said that the button has increased costs for the Nasdaq-listed company for years due to amortization — an accounting technique to allocate the cost of an intangible asset over a period of time — and will continue to do so for some time.

Pinduoduo’s net losses are widening. According to its prospectus, it made a net loss of 201 million yuan in the first quarter of 2018, almost half of its annual loss of 525 million yuan last year. But its revenue is also surging, with first-quarter income reaching 1.38 billion yuan, approaching its entire 2017 revenue of 1.74 billion yuan.

The losses came from Pinduduo’s heavy spending on advertisements. One of its commercials, with a catchy melody and the lyrics “the more group-buying deals you make, the more money you’ll save” has echoed across the country — in elevators, on subways, and in the middle of TV shows.

Its income has mainly come from advertising fees charged to the 1.7 million merchants on the platform, which contributed 80% of its first-quarter revenue. Compared with tens of millions of store owners on Alibaba, Pinduoduo has large growth potential.

Huang said that the company “can turn profitable at any time, because the business model is light,” referring to Pinduoduo’s lack of tangible assets and its reliance on traffic for profitability.

The company is tweaking its algorithm to make its platform more customized, by studying each individual’s preference and giving them smarter recommendations, Huang said.

But Pinduoduo must find its niche. Market leader Alibaba is famous for its established Alipay payment system, while JD.com stands out for its sophisticated logistics network. Pinduoduo’s path has not yet been defined.