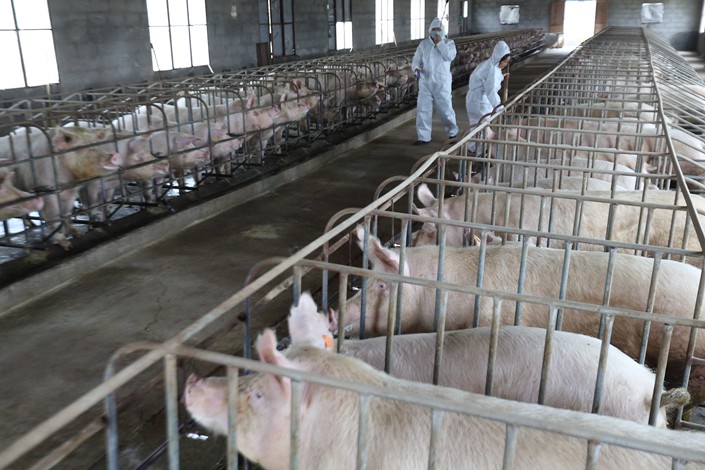 Authorities are rushing to contain the first-ever outbreak in China of African swine fever — a disease that is highly deadly to pigs and could wreak havoc in the world’s largest pork market.

In an urgent notice on Monday, health authorities in Liaoning province, in China’s northeast, ordered inspections of pig farms and market as well as better oversight of live pig transport into and out of the region.

This came after a farm in Liaoning’s capital, Shenyang, was confirmed to have an outbreak of the African swine fever, according to China’s Ministry of Agriculture and Rural Affairs. Forty-seven of the 383 pigs at the farm died from the virus and another 47 fell ill, the ministry said Friday.

The African swine fever virus, often found in wart hogs, bush pigs and ticks, does not affect humans, but could post a severe threat to the country’s pig-farming industry, which accounts for more than half of global output and provides a majority of the meat that is consumed in China.

The ministry did not specify the exact strain found at the farm in Shenyang, but said that a highly contagious variety could wipe out all the stock at a farm, while a less-contagious strain could lead to a 10% to 30% mortality rate.

More than 900 pigs were culled near Shenyang by 3p.m. Friday.

It also ordered the temporary closure of all live pig markets and slaughterhouses in Shenbei district, where the outbreak was discovered, the Liaoning Daily reported.