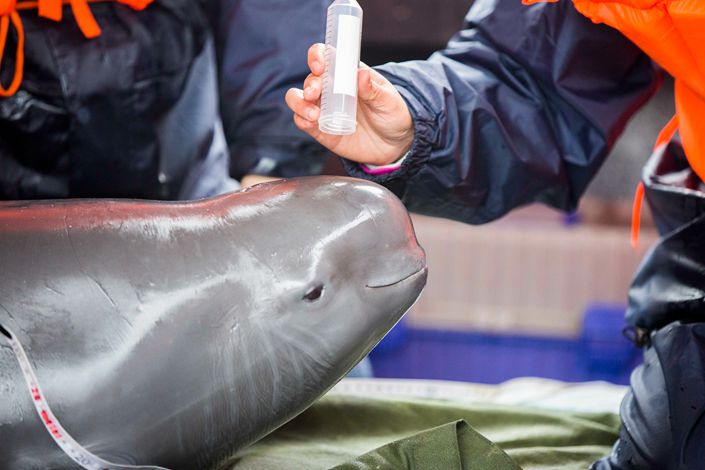 The population of the endangered Yangtze finless porpoise has fallen slightly due to water pollution, development and overfishing, though at a slower rate than in previous years, a new study shows.

Also known as the narrow-ridged finless porpoise or the “river pig,” or by its scientific name, Neophocaena asiaeorientalis, the species is native to China’s Yangtze River, but populations also live in two basins off the river — Poyang Lake and Dongting Lake.

While the lake populations have grown recently, the Yangtze River population continues to experience declines, according to Yu Kangzhen, a vice minister of China’s Ministry of Agriculture and Rural Affairs.

But the population in Poyang Lake, a body of water in the eastern province of Jiangxi that’s connected to the Yangtze, rose from 450 in 2012 to 457 last year.

The findings are based on a new survey by Chinese scientists along the Yangtze, the country’s longest waterway, the third such study since 2006, the vice minister said.

Yu attributed the decline of the Yangtze population to water pollution, hydro-dam development, shipping, overfishing, and illicit sand excavation, which has led to greater fragmentation of the porpoise’s habitats.

At least a dozen Yangtze finless porpoises were found dead along the 6,000-kilometer (3,700-mile) waterway, according to an earlier Caixin report.

The porpoise was first listed as vulnerable in 2012 by the International Union for Conservation of Nature, which elevated its protection status to endangered last year.