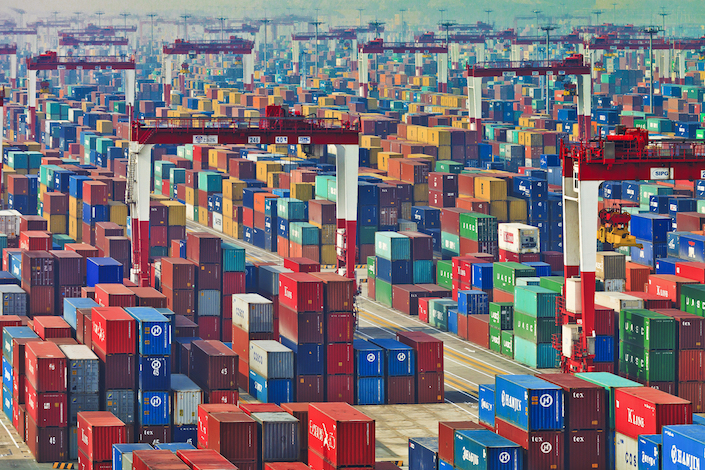 *Tariffs imposed in the Sino-U.S. trade war have had a knock-on effect on metals prices, and analysts expect they could also impact energy commodities and agricultural products

*If the conflict drags on, this could create opportunities for other countries, which will see their competitiveness rise

(Beijing) — Trade tensions between China and the U.S. are damaging confidence in global trade, even as analysts see opportunities to develop new ways to source commodities emerging from the chaos.

China and the U.S. mutually imposed 25% tariffs on $34 billion of imports on each other last month, and both countries have lined up tariffs on an additional $16 billion in goods that will take effect on Aug. 23.

While many economists hope escalating trade damage will be averted with a deal before long, global markets are growing increasingly jittery, according to the World Trade Organization (WTO).

Its latest World Trade Look Indicator report, which gauges trading confidence by analyzing sales orders and freight volumes, dipped to 100.3 for the third quarter of 2018 from 101.8 in the second quarter. A score above 100 signals growth, while one below 100 indicates a contraction. The biggest drop was in export orders, at 97.2, which the WTO suggested was caused by concerns over trade tensions.

Metals markets have been one of the clearest areas to be afflicted by trade war concerns. On July 8, copper was trading at $7,261.50 per ton on the London Metal Exchange, its highest price in around four years. Prices started to tumble when Trump unveiled the first tranche of Chinese goods to face a 25% tariff, bottoming at $5,981 on July 19, the lowest price in a year. By Thursday, the price had recovered to $6,246. Prices of zinc, nickel and lead have followed a similar trend.

While these metals are not directly affected by tariffs between the two countries, the price drops indicate that demand in China has taken a hit, according to metals analysts. “China imports all kinds of raw materials to make industrial goods, lots of them for export,” explained Daniel Chen, a metals trading expert with CRU Group. “Yet demand for non-ferrous metals, largely used for export products, has been hit the hardest as exporters have become concerned by the trade uncertainty.” Tony Tong, an expert with the International Zinc Association, agreed. “China doesn’t export much from the U.S., so the impact there isn’t great. It has a much bigger effect on the export side,” he said.

China’s announcement last Friday that it will slap a 25% tariff on U.S. liquefied natural gas (LNG) imports surprised many, given the country’s dependence on the fuel and given the U.S.’ great potential as an exporter.

U.S. company Cheniere Energy Inc., which signed a 25-year deal in February to sell up to 1.2 million tons of LNG to state-owned China National Petroleum Corp., remained confident. In its quarterly earnings call on Thursday, executive Jack Fusco said that he did not “foresee any economic impact” on the company from the potential tariffs. “Our business is a very long-term one, and it is well understood that China needs more LNG over the long-term,” he told investors.

Yet the threatened tariffs still could be much more disruptive to the U.S. gas sector’s growth and could be a boon to countries elsewhere, said Sushant Gupta, research director at Wood Mackenzie. “Overall these tariffs would not have an impact on US production or prices, but will reshape the trade flows. With the tariffs, the U.S. crude becomes uneconomical for Chinese refiners and they will shift to processing more crude from the Middle East (particularly with rising supply from Saudi, Kuwait and UAE). And interestingly, this could also create an opportunity for Iran to export more volumes to China. China has indicated that they will continue to import crude from Iran.”

A major short-term challenge for Beijing is how to compensate for its major dependence on U.S. soybean imports after slapping the product with a 25% tariff in the opening salvos of the trade war last month. At present the shortfall in production elsewhere is so great that China may have to resume U.S. imports as soon as next week, Reuters reported.

Yet this short-term headache could well sow opportunities elsewhere, if the trade war is here to stay, said Billy Wang, a partner at Prasios, an agriculture and natural resources advisory firm. “The trade war could be a catalyst for growing non-genetically modified soybeans in Zambia, Malawi, Benin and Uganda, etc.” he said. “While these countries aren’t producing on a large scale, and won’t make up the entire U.S. shortfall on their own, they could rapidly become competitive exporters in just two or three years, much the same way that Ethiopia rapidly grew to become one of China’s biggest sources of sesame seeds. The Chinese government is in talks over removing non-trade barriers with these countries to make greater soybean imports possible.”

Wang sees similar possibilities for China’s coffee market, where coffee imports are growing by around 16% a year, according to the International Coffee Association, with most being roasted in the U.S., rather than the coffee’s country of origin. However, with China now threatening an extra 25% tariff on imports of U.S. coffee in addition to the existing 15% tariff, Chinese companies will look to develop more direct trade chains with producers such as Kenya, which do not face any tariffs. “The trade war has not changed the game, but it will create new opportunities,” he said.