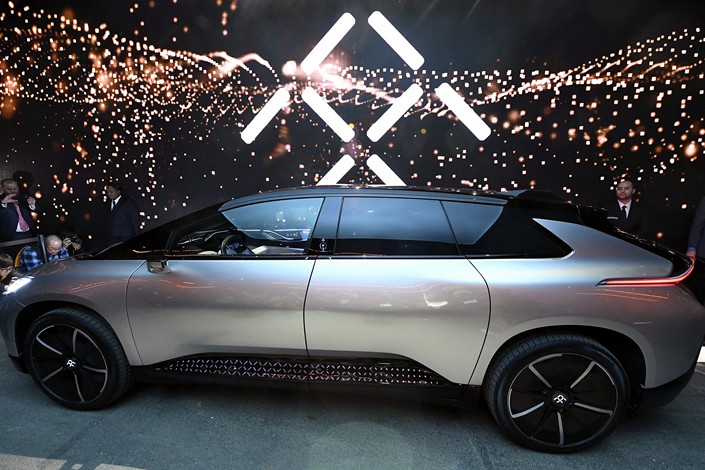 New operating headquarters for China will be opened in the southern metropolis of Guangzhou for Evergrande FF Intelligent Automotive (China) Co. Ltd., which was officially founded in the city on Tuesday. The company will be fully responsible for Faraday Future’s research and development (R&D), production, operations and management in China, Evergrande Health said in a Tuesday filing to the Hong Kong Stock Exchange.

Evergrande Health said Faraday Future aims to have an annual production capacity of 5 million vehicles after 10 years, which it will achieve through the construction of five R&D and production bases across China.

Season Smart owns 45% of Smart King Ltd., which owns the Faraday Future business both in China and the U.S.

This much-needed cash injection has been a boost to Faraday Future, which has been strapped for cash amid the legal troubles of its founder, Jia Yueting. Jia has been blacklisted as a debt defaulter by Chinese regulators for failing to repay about 480 million yuan ($69.7 million) in debt owed by LeEco, the one-time star Chinese tech company that Jia founded.

According to the deal with Evergrande, Jia still holds a controlling stake in Faraday Future’s parent company, Smart King, through a dual-class share structure. But Jia’s voting power reportedly could be transferred to the Evergrande-owned Season Smart should he fail to fulfill his promise to deliver the flagship electric car model — the FF91 — to the mass market by early next year.

Faraday Future had planned to build a $1 billion electric car factory in Nevada in 2016. But it abandoned the plan because of funding problems. Instead, Faraday Future leased and refurbished an old tire-making facility in Hanford, California, to produce the FF91.

Evergrande Health said in the statement that the high-end vehicle has arrived at its production base in the U.S., and full-vehicle assembly has officially started.