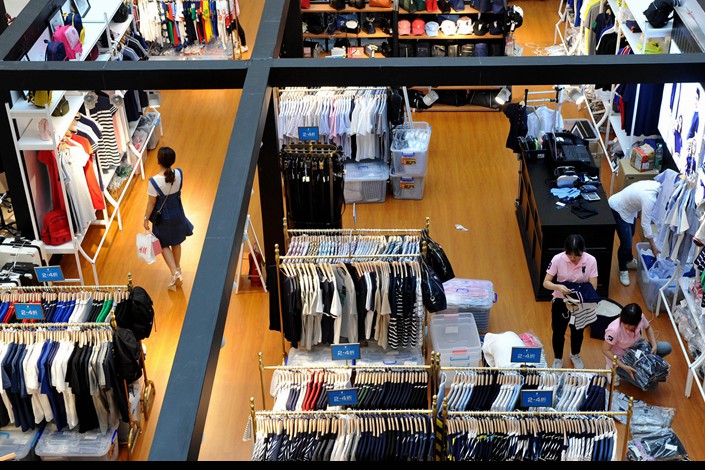 Rising property prices and moderating income gains have put a squeeze on household spending in some regions, calling into question whether consumption can shore up China’s economy as the two other drivers of growth — investment and exports — lose steam.

At least three provinces have warned in recent weeks that the increasing cost of owning and paying for a home has left consumers with less money to spend on other goods and services, a phenomenon known as crowding out.

“The rise in house prices has curbed some consumption,” the statistics office of the northwestern province of Shaanxi said in report last week, noting that prices in the capital, Xi’an, had grown strongly last year and this year. “Residents’ spending on big-ticket items such as cars has decreased,” and their willingness to buy other consumer goods has also suffered.

“High home prices have to some extent diverted household savings and consumption, directly affecting expenditure and willingness to consume,” the statistics bureau of the prosperous southern province said in an analysis (link in Chinese) of first-half consumer spending published on July 30.

Guizhou, one of the country's poorest and most underdeveloped provinces, also voiced its concern.

“In the past two years, house prices in our province have risen sharply,” the statistics bureau wrote in a report (link in Chinese) on the southwestern province’s retail market in the first half of the year. “For low- and middle-income groups, the purchase of housing is the largest expenditure of the family and the rapid rise in housing prices will inevitably increase pressure on fixed household expenses. Consumers will undoubtedly reduce other types of spending and this will squeeze consumption.”

Government data released on Tuesday showed growth in nominal retail sales, which includes spending by governments, businesses and households, slowed to 8.8% year on year in July, down from a 9% pace in June and just off an 8.5% increase in May that was the lowest since 2003. Taking inflation into account, retail sales rose by 6.5%, the weakest growth since the data series began in 2011.

The figures, released by the National Bureau of Statistics (NBS), fueled concern that consumer spending won't be strong enough to counter the slowdown in fixed-asset investment growth, which dropped to a record low of 5.5% in the first seven months of the year. Although export growth has held up this year in the face of growing trade friction with the U.S., analysts expect trade tariffs imposed by Washington on imports from China will affect overseas sales.

NBS spokesperson Liu Aihua tried to put a positive spin on the downbeat retail sales numbers, saying that a fluctuation of 0.1 or 0.2 percentage points between monthly growth rates is normal. She also said that adjustments to import tariffs on vehicles and various e-commerce promotional activities had caused some “disturbance” to the growth in consumption in the short term.

Liu said the problem of household debt and whether expenditure on housing was affecting consumers’ spending power was conjecture and lacked statistical evidence.

Nevertheless, consumer debt is rising rapidly. In 2017, household lending accounted for more than half of total new loans, rating agency Fitch Ratings said in a report in March, and household debt had increased by a compounded average of 20% a year since 2011.

The Shanghai University of Finance and Economics (SUFE) estimates that the ratio of Chinese households’ debt to disposable income has now exceeded that of the U.S., standing at 107.2% at the end of 2017. The ratio is now approaching the peak reached in the U.S. at the end of 2007 on the eve of the global financial crisis, the university said in a recent report.

The SUFE found that while the ratio of housing loans to household disposable income has risen more slowly in recent years, other types of consumer lending have grown rapidly, and much of the money has flowed into the real estate market. Most of these loans have a short repayment period, thus reducing the amount of cash households have available for other consumption, the report said.

For now, provincial authorities are coming up with their own solutions to try and boost consumer spending. Guangdong’s statistics bureau urged the local government to continue to “improve” its real estate control policies to curb speculation and reduce the burden on households, including building more affordable housing.

The Shaanxi statistics bureau said the government could not rely solely on short-term policies to stimulate consumption and called for long-run solutions such as accelerating the reform of the income distribution and taxation systems to raise the level of wages and salaries. It also urged the government to improve the education and medical systems to reduce pressure on household budgets.

“This will give people the courage and reassurance to consume,” it said.