Keep Home Prices in Check or Else, Ministry Tells Cities 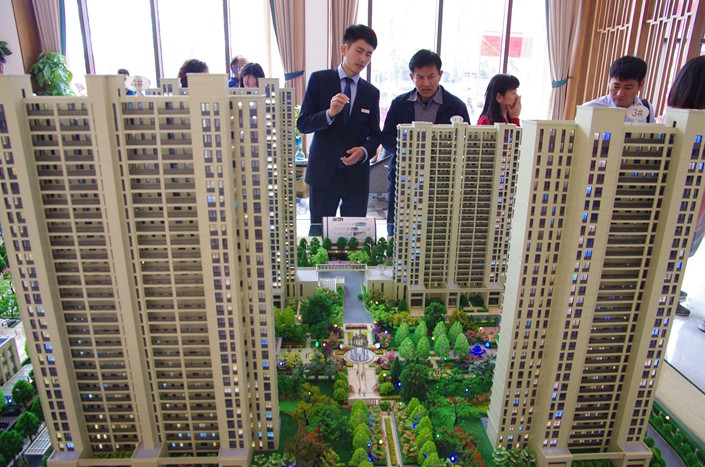 The Housing Ministry has warned local governments to keep ballooning house prices in check or answer for their failures, as property speculators spill into China’s second- and third-tier cities.

The Ministry of Housing and Urban-Rural Development gave the warning at a symposium in Shenyang, and said that it is moving to develop a real estate market monitoring system that will allow it to better oversee control mechanisms at a more-local level.

This is the first time such a high-level warning has been made since November 2016, and it sends a signal to the market that controls will not be relaxed, analysts said.

A concerted policy push has managed to curtail the speculation that was driving property prices in the first-tier cities of Beijing, Shanghai, Guangzhou and Shenzhen, but prices have continued to rise in second- and third-tier cities, which can have populations as high as 15 million.

The increases have come despite city governments’ willingness to introduce regulations to try to dampen property speculation. Major cities introduced about 260 different policies to regulate the real estate market in the first seven months of 2018, 80% more than they introduced in the same period in 2017, according to Centraline Property Agency. The continued growth suggests either that policies have been ineffective or poorly enforced.

Yang Xianling, the chief economist of real estate platform ke.com, said that the Housing Ministry’s latest warning was intended to send a clear signal to markets that regulations will not be relaxed in the short term, and that restrictions on property purchases and price limits will stay in place.

Property managers and analysts point out that the hot property markets in most third- and fourth-tier cities have been supported mainly by loans earmarked for shantytown renovations, which aimed to compensate residents of substandard homes by relocating the residents.

Speculation in second- and third-tier cities may be stifled by the central government’s move to tighten restrictions on funds for these projects. Local governments had come to prefer giving cash compensation to displaced residents rather than relocate them. That’s because cash compensation could give a boost to local real estate markets as residents could use the money to make down payments on multiple homes, encouraging speculation.

Last month, China Development Bank, the policy bank responsible for most of the loans, said it will tighten its review process in a move expected to reduce funds being redirected into property speculation.