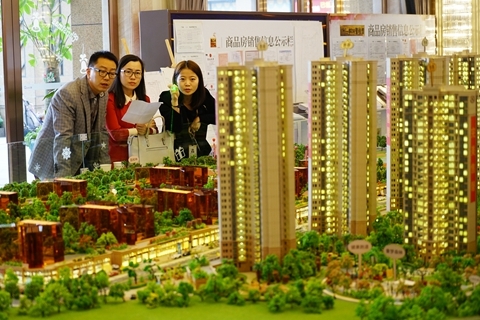 Shenzhen has among the most expensive housing prices in China. Photo: VCG

Southern China’s tech hub of Shenzhen stepped up controls over property transactions, adding to a slew of restrictions and joining dozens of cities trying to rein in soaring housing prices.

The Shenzhen government Tuesday blocked corporate buyers from purchasing residential properties, following similar moves by Changsha and Xi’an to prevent corporate investors from speculative investments that could further drive up housing prices. Shenzhen is one of China’s most expensive housing markets.

Individual residential buyers will also be barred under the newest Shenzhen policy from reselling properties for three years from the date of obtaining a real estate deed. Those who buy serviced apartments — fully furnished apartments that are often designed for rental — will not be allowed to resell them for five years, according to the new housing policy.

Newly built serviced apartments will no longer be allowed for sale instead of lease, according to the policy document.

Yan Yuejin, an analyst at E-House China R&D Institute, said the new Shenzhen resale cap is a harsh measure in a property market where demand for existing apartments has remained high. In 2017, sales of existing homes were more than double the sales of new homes in Shenzhen, according to E-House.

A number of Chinese cities have stepped up housing market controls this year by putting stricter requirements on home transactions or by raising down payments and mortgage rates.

The price index measuring newly built homes in 70 major cities has been rising since May 2015, according to the National Statistics Bureau. The average price of newly built homes climbed more than 20% between May 2015 and May 2018.

Official data showed that in the first six months this year, new home sales in Shenzhen rose 21.9% while the average price declined 0.9% to 54,200 yuan ($7,947) per square meter, making Shenzhen the third-most expensive city in China.