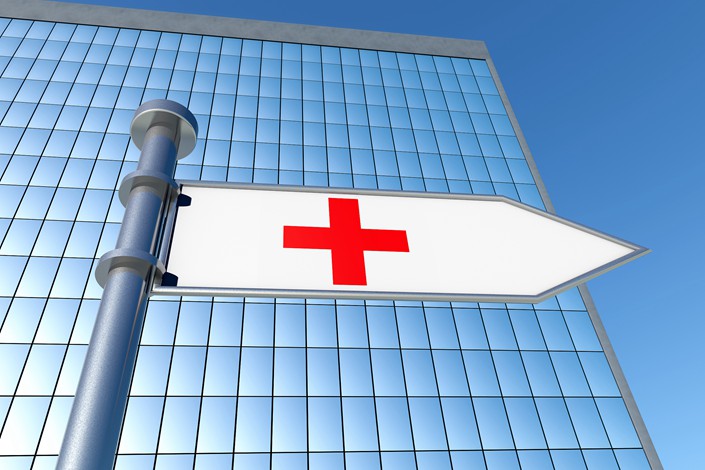 Guangzhou R&F Properties Co. Ltd. will be responsible for funding and construction of a 250-bed hospital in Guangzhou, while UCLA Health will provide its expertise in hospital design, management and operation. Photo: VCG

Ground was broken in Guangzhou over the weekend on a new hospital — a partnership between a Chinese property developer and UCLA Health, the health care service provider affiliated with the University of California, Los Angeles.

The project is the latest example of a Chinese property firm — anxious about the outlook for its housing business due to ballooning bubbles in big cities and continued weak demand in small towns — shifting its focus to the health care sector, where private firms have been encouraged to participate in development.

But the shift by property developers has not been without problems.

Guangzhou R&F Properties Co. Ltd. will be responsible for funding and construction of the 250-bed hospital on the 10-acre site in Guangzhou, while UCLA Health will provide its expertise in hospital design, management and operation, according to an R&F statement (link in Chinese) on Saturday.

The main focuses of treatment at the hospital will be heart disease, cancer and other ailments of the elderly that are most common among the Chinese people.

Pharmaceutical and medical-device manufacturers have been the most aggressive in expanding domestically as a natural outgrowth of their main business lines. But property developers are increasingly getting involved in the sector, seeing it as an opportunity to diversify from their traditional focus on the housing market, which may be reaching its peak, said Dr. Eric Chong, director of Hong Kong Institute of Asclepius Hospital Management.

At the same time, some property developers need to build hospitals and schools as part of their residential projects, Chong said.

Big-name developers, including Evergrande Group and China Vanke Co. Ltd., are among those investing in the health care sector. In 2015, the number of private hospitals surpassed that of public facilities for the first time, though questions remain about the quality of care at many private institutions.

Today there are about 32,000 hospitals and clinics in China, 19,000 of which are privately owned, but private hospitals account for only 10% of total patient consultations and hospitalizations, Chong said. In a list of the top 100 hospitals on the Chinese mainland and in Hong Kong, Macau, Taiwan and Singapore that Chong’s institute compiled, 57 are on the mainland but all of them are public.

Another problem is that large property developers “are rich in capital but they lack patience,” said Cai Jiangnan, director of the Centre for Health Care Management and Policy at the China Europe International Business School.

Health care development is different from housing development, with the former characterized by high technological thresholds and low profit rates in the short term, Cai said.

Vanke expanded into the sector early this decade, building eldercare centers in nearly 20 Chinese cities, but has never disclosed the financial performance of those projects. Evergrande Health Industry Group, the Hong Kong-listed health care unit of Evergrande that runs a hospital and some health maintenance projects on the mainland, said its profit grew sevenfold in 2017 from a year earlier to 307 million yuan ($45.35 million).

Shares of Hong Kong-listed R&F rose 3.18% on Monday following the announcement of the Guangzhou project.