By Qu Hui and Pan Che 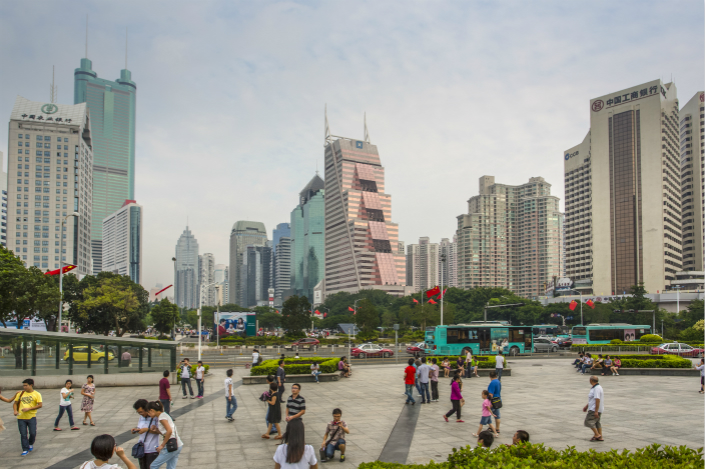 Want a home? Move to Shenzhen.

That’s what the city government is telling the white-collar workers of China, in hopes of luring talent to the southern tech hub.

According to a draft document issued Tuesday, Chinese citizens who’ve worked full-time in Shenzhen for more than five years may qualify for substantial subsidies for renting or purchasing a home.

The policy would be one of the biggest steps in housing reform for Shenzhen since 1998, when the city stopped providing free housing for employees of government and state-owned companies and moved to commercialize property.

A growing number of cities in China are seeking to attract talented workers through incentives including expedited residency rights, increased minimum wages and housing discounts.

The draft policy outlines an ambitious three-stage plan to have up to 1.7 million housing units by the 2026-35 period, with subsidies on least 1 million units by 2035. Reaching those goals would include both the building of new units and the repurposing of existing ones.

Company executives, employees in tech-related sectors and government workers will have the option to rent or buy a 90-square-meter (970-square-foot) or smaller property at roughly 60% of the market rate.

Qualified homeowners will be allowed to resell their properties 15 years after their purchase. However, they must share a certain portion of the sales income with the government. The document did not specify resell rates.

One analyst downplayed the risk of speculation from the policy, saying “real housing speculators can’t withstand their capital being locked up in the property for 10 to 15 years.”

The average new home in Shenzhen cost nearly 56,000 yuan ($8,700) per square meter in May, according to Fang.com, a real estate services firm. Official data showed that Shenzhen’s average new-home price edged down 2.2% year-on-year in April.