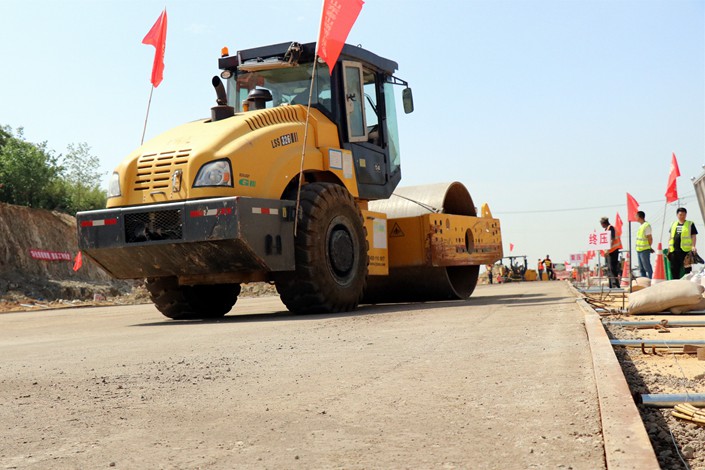 * Real estate was a bright spot, as property investment rose 10.2% year-on-year over the first seven months, although some analysts see risk of bubbles

* Surveyed unemployment rate in urban areas, which includes jobless migrants, inched up to 5.1% in July

(Beijing) — Growth in China’s government-driven infrastructure investment skidded for the seventh straight month in July as restrictions on local government borrowing and a nationwide debt control campaign took their toll.

Year-on-year growth in infrastructure investment, which consists of spending on the construction of roads, railways and other public facilities — though not those for utilities like electricity — slowed to 5.7% for the first seven months of 2018 from a rate of 7.3% for the first six months, according to data released Tuesday by the National Bureau of Statistics (NBS). The NBS does not provide infrastructure investment data on a monthly basis.

The weak expansion of infrastructure investment in recent months was primarily the result of slower credit growth amid the country’s deleveraging campaign, analysts said. However, infrastructure spending may soon bottom out as the recent shift toward looser fiscal policy and monetary easing should eventually drive a turnaround in credit growth, Julian Evans-Pritchard, an economist with research firm Capital Economics, said in a note.

Dragged by slower growth in infrastructure investment, fixed-asset investment excluding rural households, a key driver of domestic demand, rose 5.5% year-on-year in the first seven months, slowing from 6% in the first half, NBS data showed. The reading marked the weakest growth rate since the data series was first released in February 1998.

“We see property as the biggest risk in the next twelve months,” they said in a note. “While we never believe that China has a national property bubble, we do see growing bubbles in more and more areas.”

Value-added industrial output, which measures production at factories, mines and the utilities sector, rose 6% year-on-year in July, unchanged from the reading in June, NBS data showed.

Retail sales, which include spending by government departments, businesses and households, rose 8.8% year-on-year last month, slowing from 9% in June, according to the NBS.

Growth in retail sales has more or less continued to slow over the last few months, probably due to diminished growth in disposable income, said Liu Dongliang, an analyst with China Merchants Bank, in a note.

The surveyed unemployment rate in urban areas, which includes jobless migrants, inched up to 5.1% (link in Chinese) in July, up from 4.8% the previous month, NBS data showed.

Because the economy is still growing faster than the government’s 6.5% target for the year, the goal of any policy easing has to be stabilization, Hu and Wu suggested.