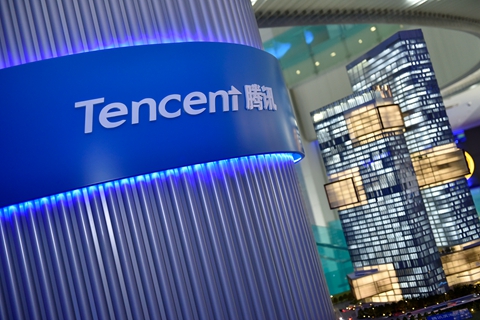 Chinese internet and entertainment giant Tencent Holdings Ltd. reported a profit decline in the second quarter, ending a growth streak of more than a decade, as investment gains slid and the government’s scrutiny of the gaming business weighed on the company.

Tencent said Wednesday that its net income for the second quarter declined 2% from a year earlier to 17.9 billion yuan ($2.60 billion), the first quarterly drop since 2005. The operating profit in the same period fell 3%, to 21.8 billion yuan.

Tencent said the profit drop was “mainly due to lower net other gains generated from investment-related items compared to the same period last year.” Gains related to investment slid 51% year-on-year to 2.5 billion yuan in the second quarter, the company said. Tencent invested heavily in game live-broadcasting services and smart retail opportunities, it said.

Mobile gaming, one of the company’s major businesses, reported revenue of 17.6 billion yuan in the second quarter, up 19% year-on-year but a decline of 19% from the prior quarter, as Tencent failed to get approval to charge fees for popular tactical tournament games, and as its new game releases were delayed.

The company has struggled to monetize new games after the Chinese government cracked down on online content, accusing the gaming industry of fostering addiction. This week Tencent abruptly pulled a popular Japanese-developed title from its platform just days after its release. China has suspended approval of all new online games since March.

The lower-than-expected earnings spooked investors. The company’s New York-traded American depositary receipts plunged as much as 10% after the earnings were released on Wednesday morning. The stock price of its major shareholder, Johannesburg-listed media company Naspers Ltd., dived 10% on the figures’ release.

The halt in gaming approvals comes amid a broader clampdown on content deemed unhealthy by government regulators in a wider range of entertainment and social media sites that spilled over to the gaming industry. Another major Tencent title, “Honour of Kings,” has also faced the chill. The state media last year criticized Tencent over the game, claiming it caused addiction in young people.

PC client games revenues dropped by 5% from a year ago to 12.9 billion yuan. In total, online games revenues, which includes both smartphones and PCs, increased by 6% year-on-year to 25.2 billion yuan, according to the company’s filling.

“We are seeking to reinvigorate our mobile game revenue growth via initiatives including deepening engagement with our existing major titles, and monetizing the proven popularity of tactical tournament games,” it said.

To be sure, there were also some bright spots in the earnings report.

Monthly active users of WeChat, China’s most popular messaging app, climbed almost 10% to 1.06 billion in the second quarter. Advertising revenue rose 39% to 14.1 billion yuan, while video subscriptions more than doubled, according to the company.

Revenues from Tencent’s other businesses, including cloud and payment services, rose by 81% to 17.5 billion yuan, it said.