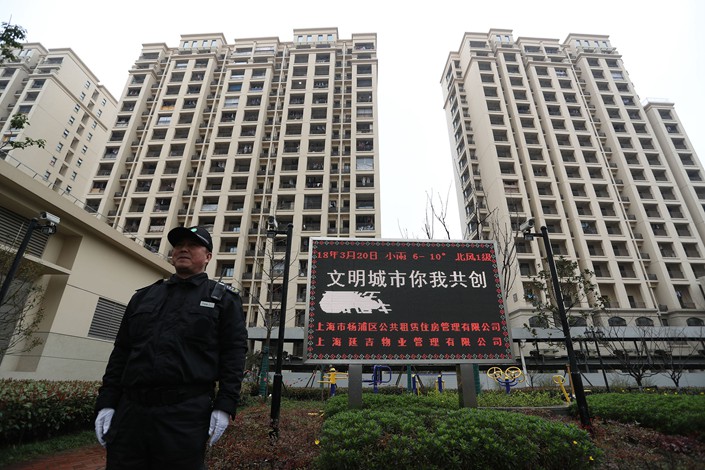 Rents in Beijing have recently climbed dramatically, with some doubling over a short period of time — something that can’t purely be attributed to “market” factors.

Theories for the sudden rent increases have been circulating online, ranging from a drop in supply caused by the city’s recent demolition spree, to aggressive expansion by rental companies.

Whatever the reason, in a situation like this, tenants are the biggest losers. Who will protect their rights and interests?

Tenants are vulnerable in many ways, which is a major reason why it’s so hard to protect their rights and interests.

Because landlords have the upper hand in the market, they have more say when it comes to matters including rent. For example, many tenants in Beijing recently received calls from landlords asking for increased rent, regardless of whether they had reached the end of their contract periods.

In theory, a tenant in China has the right to refuse to pay rent above what is stated in the contract, or to move out and demand a penalty fee if the landlord breaches the contract by asking for higher rent, according to Jin Shuangquan, property lawyer and vice president of the China Real Estate Marketing Association.

However, “in practice, because the landlord is in a stronger position, sometimes they don’t act according to the law but rather according to the market situation,” Jin said. “Tenants may consider that the cost of finding new accommodation may be higher, or believe that landlords will look for trouble if tenants oppose the rent hike, so people generally accept rent increases or try to bargain for a lower increase.”

Jin attributes this phenomenon to a “lack of contractual spirit.” “There are contracts, but (landlords) who comply with contracts are in the minority,” Jin said.

This also reflects how difficult and expensive it is for tenants to safeguard their rights, meaning that many tenants will not actively choose to do so. Even if a court rules against the landlord in favor of the tenant, the landlord can still find ways to evict the tenant.

There has been a recent trend toward increased regulation of rental housing in China. However, these efforts focus too much on tackling issues like agencies’ behaviors and unfair contracts. There still is no convenient channel for tenants to turn to when their rights are threatened, meaning that it is still difficult for the public to experience the true effect of regulations.

China’s current rental housing market can be described as still being in an early, “barbaric” stage of growth. The current method of setting regulations has not been able to establish a system for the rental market, nor has it been able to rationally guide the market. At the moment, it is not even clear how the market should be regulated in the first place. Policymakers’ concepts are still vague, and China still has a long way to go in this area.

In recent years, in order to protect the public’s right to housing, the Chinese government has begun to advocate vigorous development of the rental market, and to cultivate businesses that provide rental housing. This is something that should be encouraged, and is also in line with global trends. However, policymakers should remain alert. The right to housing should be both the goal and the starting point of policies, rather than just a facade for industry expansion that chases profit and creates a “capital feast” for investors.

The chaos of the rental housing market reflects the situation of the broader Chinese real estate industry. As an important pillar of the economy, the real estate industry naturally involves the interests of many parties. Regulating an industry in which so many interests are pitted against each other, and realizing the promise of housing for all, will undoubtedly involve more difficulties.

What’s more, in China’s mega-cities, every urban governance measure is made within the context of multiple groups’ varying interests. Take security housing, for instance. Although local governments have been vigorously calling for the expansion of security housing for many years, they have not achieved satisfactory results. Regulation of rental housing and the property industry are actually two sides of the same coin.

Amid growing home prices and the gradual formation of a bubble, if tenants’ rights are not safeguarded, the “right to housing” could easily become an empty slogan. It will be frightening if the rental housing market also falls victim to speculation.

Zhou Dongxu covers policy in China for Caixin. This piece was translated from Chinese and edited for length.