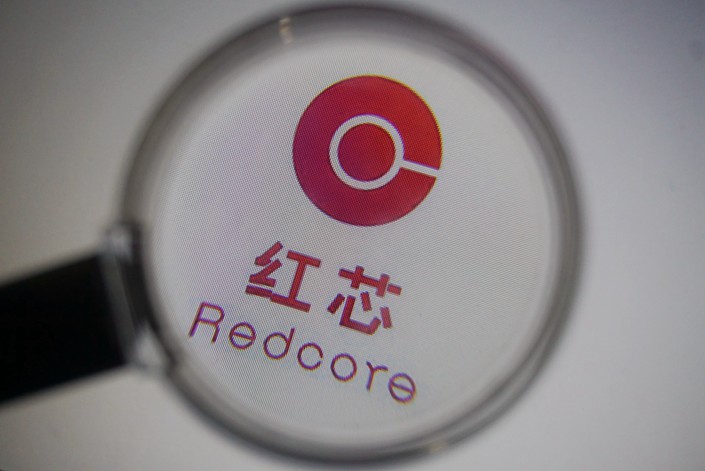 Photo: VCGTech startup Redcore has apologized for “misleading users into thinking that Redcore developed its browser from the ground up.” Photo: VCG

A Chinese startup that claimed it had built China’s first fully homegrown web browser has apologized for “misleading the public.”

“Our publicity was overblown to a degree, thus misleading the public. For this, we have undeniable responsibility,” the startup Redcore said in a statement released Friday morning. “Instead of emphasizing that our browser was domestically developed, we should have focused more on delivering specific functions and value to the customers.”

Redcore’s mea culpa came a day after company executives tried to deflect criticism from a host of internet users that the code for its browser — also called Redcore — relied on files from Google LLC’s popular Chrome browser. A test by Caixin also found that many of Redcore’s compressed files were from Chrome.

The criticism of Redcore stemmed from a claim that it was “the world’s first purely Chinese-owned web browser.” The company made the claim on Wednesday in an announcement of its latest fundraising round, in which it netted 250 million yuan ($36.2 million).

Redcore defended the claim in a statement on Thursday night, saying that though the browser is based on Chrome’s open-source technologies, it still has other innovative elements, such as reinforced security. These “innovative” features specifically cater to the needs of Chinese enterprises, the statement added.

Backtracking from that defense, the company said Friday that “it was sorry for failing to mention Chrome’s open-source technologies in its publicity and misleading users into thinking that Redcore developed its browser from the ground up.”

Beijing-based Redcore, founded in 2012 by entrepreneur Chen Benfeng, has claimed its clients include many state-owned enterprises and government agencies, including State Grid Corp. of China and the State Council, China’s cabinet.

Chen, the company’s CEO, has been named as an expert in Beijing’s “Thousand Talents Program,” a government project that recognizes leading experts in scientific research, innovation and entrepreneurship.