Central Bank to Turn Clock Back to 1998, Give Each Province Own Branch 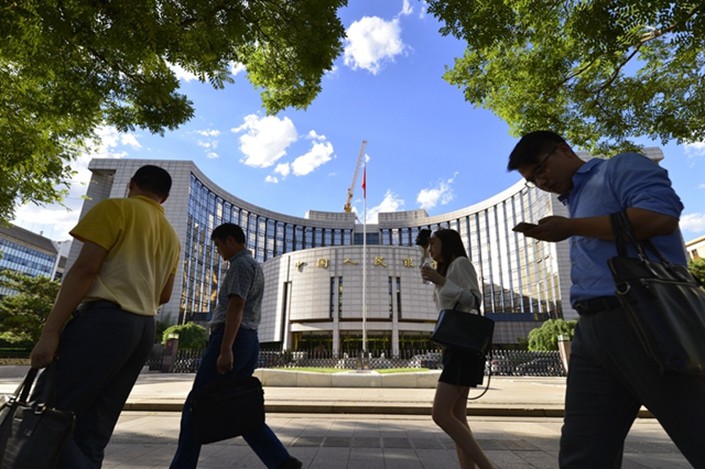 Starting from the second half of 2018, the People’s Bank of China will abandon its system of nine large regional banks and return to the provincial branch system. Photo: VCG

The changes that will take place in the coming months will be part of broader efforts to redraw the financial supervisory landscape, which aims to make supervision over the rapidly evolving industry more effective.

The People’s Bank of China (PBOC), led by Governor Yi Gang, now sits on more than $3 trillion in currency reserves. The upcoming adjustment of the monetary authority’s branch management system will see each provincial branch directly answerable to the Beijing headquarters and responsible for tweaking centrally designed policies to better suit each province, in a bid to better cope with the diverse economic conditions among the provinces.

The move will also turn the clock back by 20 years on the central bank’s regional supervision mechanism. Before 1998, the PBOC had a branch in each province. But it found that local governments could easily intervene in these branches’ implementation of monetary policy and financial resource allocation.

In an attempt to strengthen the independence of monetary policy, the PBOC decided in 1998 to set up nine regional branches that each oversees several provinces, which is similar to the structure of the U.S. Federal Reserve. Some of the original provincial branches became lower-ranked subbranches, which operate under the regional branches.

For example, the PBOC’s Wuhan branch, which is based in the capital city of Central China’s Hubei province, oversees all the municipal subbranches in Hubei and the adjacent provinces of Hunan and Jiangxi, including the two in the capital cities of the latter two provinces.

However, there have been some long-standing complaints about the multi-province system.

On the one hand, as different provinces have different economic conditions, it’s difficult for the PBOC’s regional branches to formulate and implement a unified policy to promote the economic development of all the areas under their remit, officials with the central bank told Caixin. On the other hand, the 1998 reform lowered the administrative rankings of some original provincial branches, which can make it hard to for them to demand information from local governments. For example, local authorities can refuse to share some official documents with lower-ranked agencies.

In May 2004, the central bank began to allow a subbranch in the capital city of a province to implement monetary policy and supervise the financial market in the province. Since then, “the (PBOC’s) regional branches have long existed in name only,” an employee at a regional PBOC branch told Caixin. Basically, a regional branch or a subbranch in a provincial capital is responsible for overseeing the financial market in the province where it is based, the people said.

The new reform will see the role of these provincial capital subbranches largely unchanged, but will turn them into branches and raise their administrative rankings, giving them more power in China’s bureaucracy.

It employs nearly 140,000 people, more than 50,000 of which work at county-level subbranches, an official with the central bank told Caixin.

Another topic undergoing discussion among financial regulators is whether the central bank should transfer its county-level workforce to the recently created China Banking and Insurance Regulatory Commission, PBOC sources said.