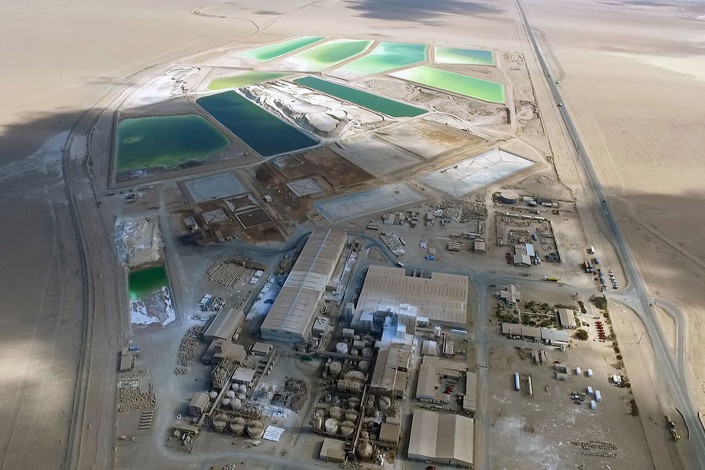 Tianqi Lithium Corp., China’s largest lithium producer, has filed a listing application in Hong Kong to raise funds for its $4.1 billion deal for a stake in a Chilean peer, despite a recent drop in prices for the key raw material of electric vehicle batteries.

Tianqi said in a filing to the Shenzhen Stock Exchange on Tuesday that it had applied Friday for a listing in Hong Kong and posted its draft prospectus on the Hong Kong Stock Exchange late on Monday.

Its draft prospectus didn’t disclose how many shares it plans to issue, their price range or the day they will list, but said it plans to use about 90% of the net proceeds to purchase a 24% stake in Sociedad Quimica y Minera (SQM), a deal announced in May.

The rest will be used for general corporate purposes, according to the prospectus.

The Sichuan-province-based miner said it expects to take on $3.5 billion in debt to finance the SQM deal. Tianqi has said the transaction will help it get its footing in the global market.

China’s aggressive push to build up its electric car industry has been a boon to lithium miners as the metal is a key raw material for vehicle batteries. However, Tianqi’s planned second listing comes at a sensitive time as global lithium prices have fallen this year amid a supply glut.

The decline is likely due to an oversupplied market as new mining projects have come online over the last two years and because some lithium-battery factories are not producing as much as expected, said Gao Xiaobing, an expert with GG-lb.com, an industry research platform, in an earlier interview with Caixin.

Unfazed by the downtrend, a subsidiary of Jiangxi Ganfeng Lithium Co. Ltd. last week said it will pay 586 million yuan ($85.6 million) to purchase an interest in Argentinian miner Minera Exar SA, whose flagship asset, the Cauchari-Olaroz project, is expected to produce up to 25,000 metric tons of battery-grade lithium carbonate annually once it comes online in 2020.

In its prospectus, Tianqi acknowledged that investors should be aware of certain risks when buying its new shares. Those risks include fluctuations in lithium prices and competition in the lithium industry.

Li Liuxi contributed to this report.