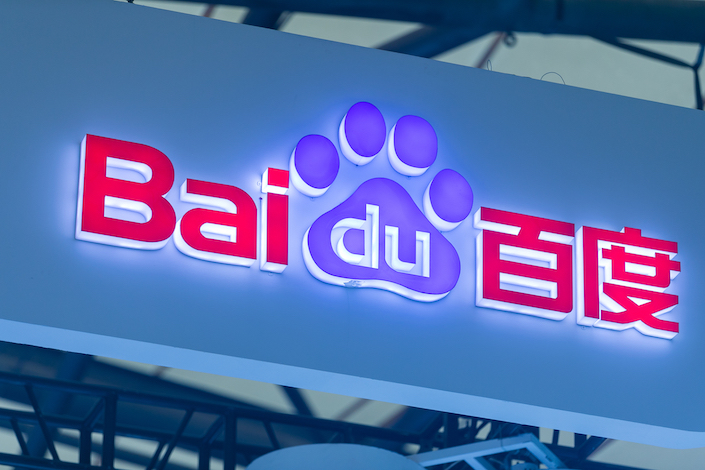 Baidu Inc.’s financial services subsidiary, which is being spun off in a $1.9 billion private equity deal, has been granted a license to sell mutual funds, an approval that will help the company close the gap with its tech giant rivals in the fast-growing fintech sector.

The notification was posted on the website of the Beijing branch of the China Securities and Regulatory Commission (CSRC) late Wednesday, although the statement is dated Aug. 13. Baidu will have to complete its preparation work within six months.

Baidu is the last of the big tech giants — Alibaba Group Holding Ltd., Tencent Holdings Ltd. and JD.com Inc. — to obtain a license to sell mutual funds. The e-commerce behemoths are racing to leverage their massive customer base to grab a bigger share of the financial services sector and the burgeoning wealth management market.

Ant Financial Services Group, an affiliate of Alibaba that operates third-party payment service Alipay, launched its wealth management arm, Ant Fortune, in August 2015, and now has tie-ups with 28 fund houses to distribute their products. Tencent set up Licaitong in 2014 and was granted a license to sell mutual funds in January, with the aim of boosting fund sales to the 980 million users of its WeChat messaging app.

Baidu set up its financial services unit, now known as Du Xiaoman, back in 2015, offering short-term loans and investment services. But it has struggled to catch up with its bigger rivals. In April, Baidu announced plans to spin off the subsidiary, selling a majority stake to a group of investors for $1.9 billion. Private equity firms TPG Capital LP and the Carlyle Group are leading the consortium, with Chinese insurer Taikang Group and the international arm of the Agricultural Bank of China also among the investors. The deal, which hasn’t been completed, will see Baidu retain a 42% stake.

The sale will raise a net $840 million for Du Xiaoman to help the company expand, according to April’s statement. The company is already involved in payments, consumer credit, business loans, financial management, asset management, banking, insurance and stock exchange services.

Without the mutual fund sales license, Du Xiaoman was only able to act as a platform for fund management companies and third-party distributors, and had to direct customers to other sites to buy products. Currently Du Xiaoman’s mobile app offers five products — three money-market funds and two asset management products — as it tests the market.

The license will allow Du Xiaoman to leverage Baidu’s advantage in artificial intelligence technology to help customers select funds based on their individual needs and preferences, a company spokeswoman told Caixin. The company plans to expand its offerings and will earn commissions on sales.