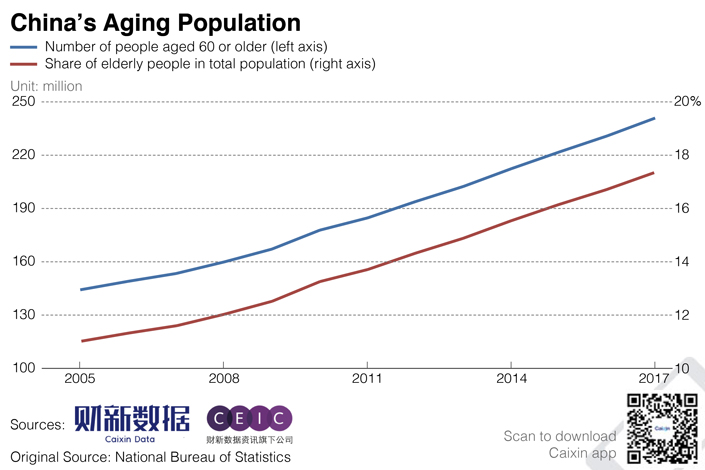 This demographic group accounted for 17.3% of China’s total population, equivalent to more than one in every six of the country’s 1.4 billion people.