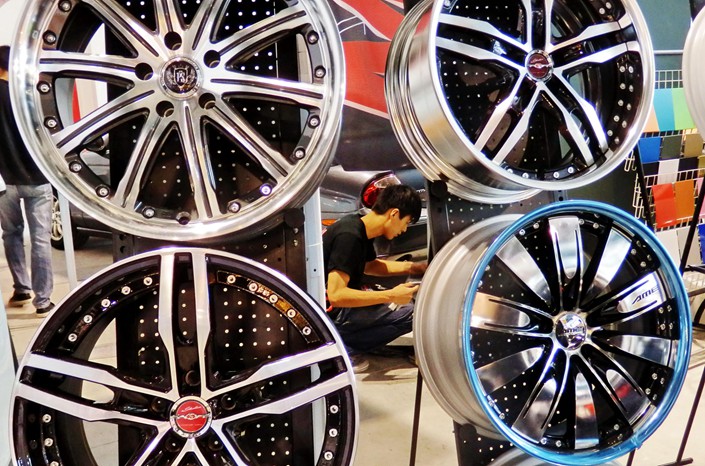 The U.S. Department of Commerce announced that it will impose preliminary duties ranging from 58.75% to 172.51% on Chinese steel wheel imports, valued at $388 million last year.

The new duties come amid ongoing trade tensions between Washington and Beijing, although this wider context was not referred to directly in the Commerce Department’s announcement. The Trump administration imposed 25% tariffs on all imported steel in March, on the eve of a rapid deterioration in relations that led to both sides imposing an additional $50 billion in tariffs on each other’s goods.

The “countervailing duties” are intended to make the steel wheel market fairer for domestic producers who are facing competition from Chinese rivals that allegedly receive financial assistance from the government, the Department of Commerce’s International Trade Administration explained in its fact sheet.

While imports from Chinese steel wheel companies will be hit with a baseline duty of 58.75%, wheels from Zhejiang Jingu Co. Ltd. and Shanghai Yata Industry Co. Ltd. will face a tougher 172.51% duty.

U.S. Customs and Border Collection will be instructed to collect cash deposits from importers of steel wheels from China.

The announcement concludes a preliminary investigation into market distortions that followed a petition from two U.S. steel wheel producers, Indiana-based Accuride Corp. and Ohio-based Maxion Wheels Akron LLC. The Department of Commerce did not state the specific damage Chinese subsidies had done to either company.

The companies had made the same complaint a year earlier and seen it rejected on the grounds that Chinese subsidies were not seen to be sufficiently harmful to U.S. steel wheel producers. In the current climate, however, it appears they received a more-favorable hearing. The Department of Commerce is due to make its final decision on the case in January.

While both sides resumed trade talks earlier this month, few analysts appear optimistic that tensions will subside in the near future. The World Trade Organization reported at the beginning of August that global markets remain jittery as the conflict rumbles on, with it already observing a contraction in the number of export orders made globally so far this year.