Update: China, U.S. to Give Trade Talks Another Shot 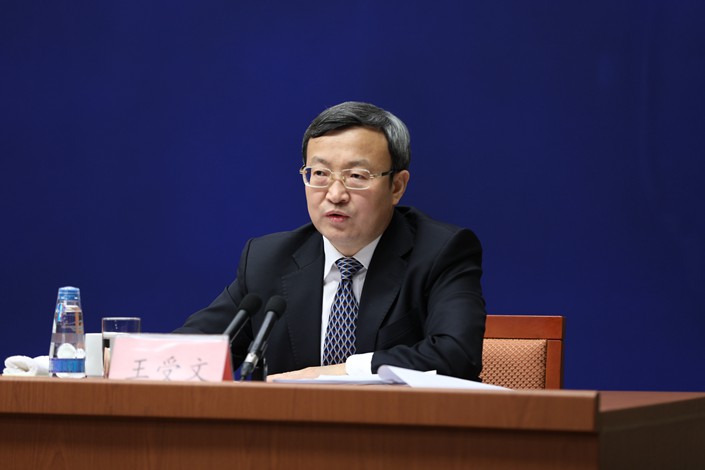 China announced Thursday that it will send a delegation to the U.S. later this month for trade negotiations, after the two countries started imposing tit-for-tat tariffs on goods from each other and Washington tightened controls on investment.

Invited by the U.S., the delegation, headed by Commerce Vice Minister Wang Shouwen, will meet with a team of negotiators led by David Malpass, undersecretary for international affairs of the U.S. Treasury Department, the Ministry of Commerce said in a statement (link in Chinese). Wang is also the deputy China international trade representative.

China welcomes dialogue in an “equal and honest” manner, but it “would not accept any unilateral trade restrictions,” the ministry added.

The planned vice-ministerial-level negotiations came months after previous rounds of talks bore no fruit. In a move that China denounced as faithless, President Donald Trump’s administration unilaterally backtracked 10 days after the two countries’ negotiators struck an agreement on May 19 to avoid a trade war.

Analysts were cautious about the prospects of the upcoming talks and expected it will take time for the trade spat to be resolved. The Wang-Malpass meeting is a move to “break the ice,” but there is still a long way to go before the conflict is resolved, Larry Hu, a Hong Kong-based economist with Macquarie Capital Ltd., told Caixin.

Rick Dunham, co-director of the Global Business Journalism program at Tsinghua University, hailed the resumption of trade talks as “a necessary first step,” though he warned that it “does not guarantee success.”

The trade tensions arose from Washington’s accusations that Beijing has engaged in unfair trade policies and Chinese firms have stolen intellectual property. The U.S. and China started levying punitive tariffs on each other’s products on July 6.

Both sides have since expanded the scope of goods that are subject to the levies or proposed new tariffs on more goods, fueling fears that the trade war will escalate. So far, the two countries have slapped hefty taxes on goods worth $50 billion from each other.

The tariffs have already taken a toll on trade. For example, China imposed an additional 25% tariff on American soybeans on July 6 as part of its retaliatory package against U.S. tariffs. Figures from the U.S. Department of Agriculture showed that the country’s soybean exports to China in the marketing year starting Sept. 1 plummeted 21.2% year-on-year to 27.55 million tons by Aug. 2. China is the biggest overseas market for American soybeans, buying up over 60% of U.S. exports of the product.

Data from Rhodium Group, a New York-based research provider, showed that investment by Chinese companies in the U.S. fell to $29 billion in 2017 from $46 billion in 2016. Tighter scrutiny over Chinese investment in the U.S. accounted for part of the decline, with Rhodium estimating that deals worth $8 billion were abandoned in 2017 due to concerns of the Committee on Foreign Investment in the United States that could not be resolved. The situation has deteriorated further this year. Rhodium figures showed that Chinese companies completed acquisitions and greenfield investments worth only $1.8 billion in the first half of 2018, down more than 90% from the same period a year ago and the lowest level in seven years.

Wang Yiwei, a professor at the School of International Studies of Renmin University of China, said the announcement of the new round of negotiations was linked to a consensus reached among Chinese leaders after their Beidaihe meeting, which is held every summer in the resort town in the northern province of Hebei, to stabilize Sino-U.S. relations.

He expects the talks to go beyond trade issues to “address more important long-term concerns.”