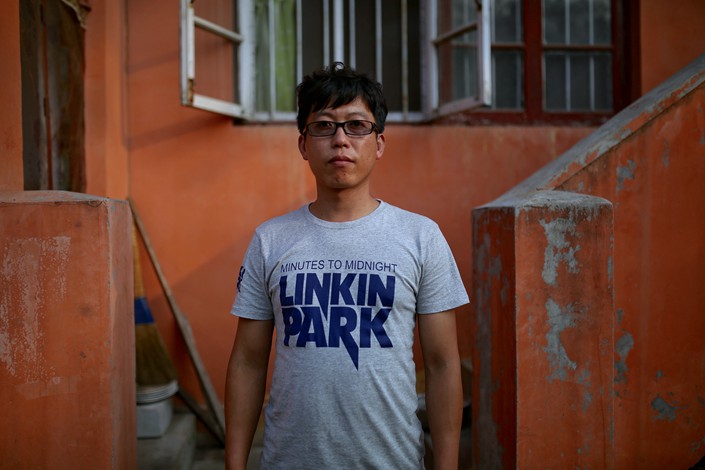 The question seems to re-emerge every few months in China: How much is freedom worth?

For Liao Haijun, who was exonerated after a decade in prison, the math is complicated. It’s not just the time he’ll never get back. There was also the psychological damage of wrongful imprisonment, logistical costs like innumerable trips to court, and other expenses.

And the worst part: His parents were also imprisoned for complicity in the crime that was pinned on him — the murder of two girls whose bodies were found in a well in 1999.

Exonerated after the nearly two-decade ordeal, Liao is demanding 21.16 million yuan ($3.11 million) from the Chinese government for everything he and his parents — who are now dead — suffered due to the miscarriage of justice. That includes transportation costs and the loss of freedom due to wrongful imprisonment, in addition to 3 million yuan for psychological damage.

Liao’s case is the latest of dozens of wrongful convictions to be uncovered in China in recent years.

Local police found the bodies of two girls in a well in Qianxi county, Hebei province, where Liao and his family lived, in January 1999. Days later, on Jan. 25, they arrested Liao, who was under 18 at the time, as a suspect in the girls’ killings, and interrogated his father, Liao You. Caixin learned that on the afternoon of Liao You’s interrogation, he was hospitalized for serious injuries to his torso and legs, and remained in critical condition for weeks.

A day after the younger Liao’s arrest, local police announced that they had determined that Liao had killed the two girls after finding the girls’ blood on a wall in Liao’s home. In March 1999, police detained Liao’s parents, Liao You and Huang Yuxiu.

Liao’s case was reviewed by the local procuratorate five times before an intermediate court in Tangshan city, Hebei province, found Liao guilty of voluntary manslaughter in 2003, while his parents were convicted of harboring a criminal. Liao was sentenced to life imprisonment, while his parents were sentenced to five years — including the four they had already served while waiting for the court’s decision.

Liao’s parents were freed after they completed their prison terms in 2004. Huang repeatedly attempted to persuade court officials to reopen her son’s case, but for years it looked as if Liao was going to spend the rest of his life in prison. Then, in August 2009, China’s Supreme People’s Court requested that the Tangshan intermediate court revisit Liao’s case. Liao was released from custody, pending investigation, in April 2010, but didn’t hear more about his case from the authorities until 2016.

Finally, on Aug. 9, all three members of the Liao family were exonerated by the intermediate court in Tangshan, which said that it could not prove the blood used as evidence of Liao’s guilt 19 years ago was from the victims. The court also said it could not rule out that Liao’s father had been tortured during his interrogation in 1999. But justice arrived too late for Liao’s parents. His father died in December 2010 at the age of 55, and his mother died at age 61, days before the exoneration.

After the court’s decision on Aug. 9, Liao told local media: “It’s not an exaggeration to say that my family has been bankrupted and the people left dead,” using a Chinese idiom to describe what he and his parents experienced.

The compensation Liao is requesting is three times the minimum amount required by China’s Supreme People’s Court, which is 284.74 yuan per day for each unjustly imprisoned person. The amount was set in May based on the average daily wage for workers in urban, state-owned enterprises.

Jin Hongwei, the Beijing-based lawyer who represented Liao’s father, said the 284.74 yuan minimum “objectified” people and ignored the other possibilities and meanings life could have for people (outside of work). “A free person doesn’t just strive every day to earn 284.74 yuan as a tool in an assembly line,” Jin said.

When calculating the compensation Liao will eventually receive, the government should also take into account the fact that Liao’s parents died relatively young and were unable to see themselves exonerated within their lifetimes, Li Changqing, Liao’s lawyer, told Caixin.

Nonetheless, Liao has already made plans for the money. “I have decided to buy a house, and a taxi. If it’s possible, I would like to take my family traveling,” he said, referring to his wife and daughter, who was born after his release in 2010. “Of all these innocent people who have been wronged, I’m extremely lucky,” Liao said.