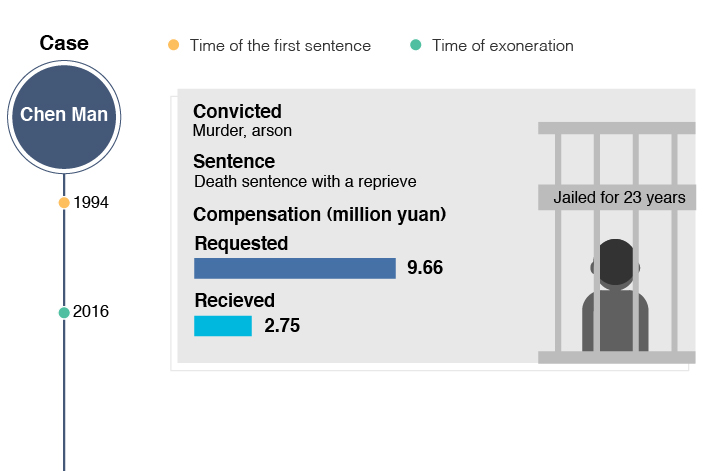 China has reversed 34 convictions since 2013, the Supreme People’s Court said in a paper issued last year. But that number is only a tiny sliver of the total that should be overturned, according to critics.

The exonerated and their families, including the parents of Nie Shubin, who was wrongly convicted of rape and murder and executed 22 years ago, have requested compensation from the state.

However, the amount they have received is far lower than what they demanded. Nie’s parent got 2.68 million yuan ($421,000) in total compensation last year, far short of the 12 million yuan they asked for.

Nie’s mother decided not to challenge the court’s decision. When asked if she is content with the amount, she said “I wish my son was still alive. I would never trade his life for any amount of compensation.”