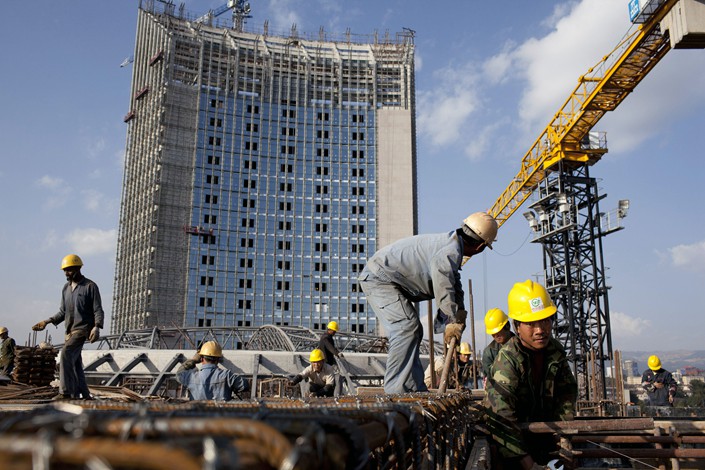 The Ministry of Commerce confronted claims that Chinese overseas investment is saddling developing countries with unsustainable levels of debt as Beijing prepares to host a major gathering of African leaders to discuss development priorities for the next few years.

About 40 presidents and thousands of business leaders will congregate in the Chinese capital for the triennial Forum on China-Africa Cooperation (FOCAC) on Monday and Tuesday next week, at which a raft of new China-backed projects across the continent are likely to be announced. China’s total commitments are expected to exceed the $60 billion that President Xi Jinping pledged in Johannesburg in 2015.

Yet worries over high debt levels associated with Chinese-backed projects have been in the spotlight in the recent weeks, particularly after Malaysian Prime Minister Mahathir Mohamad’s visit to Beijing earlier this month, in which Chinese projects worth tens of billions of dollars were left “canceled for now” over debt concerns.

Chinese Commerce Vice Minister Qian Keming looked to parry concerns over Chinese projects in Africa in a news conference (link in Chinese) on Tuesday, arguing that debt issues in Africa long preceded the rise of Chinese investment there, and that challenges facing African economies were global in nature. “The world economy has been in a difficult recovery, global trade and investment have been sluggish, and commodity prices have fluctuated at a low level,” he said.

Qian nevertheless suggested that this year’s China-Africa Forum on Cooperation will see greater emphasis on the sustainable nature of Chinese investment in Africa than in previous gatherings. “China will unswervingly support Africa's development, including providing funds, and we will focus our funds on projects that are more sustainable and can promote economic growth, job creation, and economic efficiency,” he told reporters.

China has risen rapidly to become Africa’s largest trading partner and investor in the 18 years since FOCAC was established, with China-Africa trade rising 14% last year alone to $170 billion, according to China’s Ministry of Commerce. China has also supported or is supporting a number of major infrastructure projects across the continent, including a $6.5 billion railway line in Nigeria, a $3.5 billion free trade zone in Djibouti, as well as substantial investments in the continent’s mineral resources.

China-backed projects in Africa have led to the construction of 30,000 kilometers (18,640 miles) of highways, 20,000 megawatts of new power generation and around 900,000 jobs, according to the Ministry of Commerce. Yet China now accounts for 14% of all debts of sub-Saharan countries excluding South Africa, according to Standard Bank, and Chinese investment continues to grow. Chinese-contracted projects in Africa were worth $76.5 billion last year alone, the bank said, leading to “concern that African countries’ debt-service ability will soon dissolve.”

Some of the debt concerns may nevertheless be overblown, at least for the moment, according to a recent paper from the John Hopkins China Africa Research Initiative. It notes that overall Chinese loans are not a major contributor to African countries’ debts, with China accounting for roughly more than a fifth of countries’ debt share in just nine African countries and Chinese loans only contributing significantly to debt troubles in three of those — Zambia, Djibouti and the Republic of Congo.

Jeremy Stevens, the China economist for Standard Bank Group, calls for a more nuanced view of African countries’ debts with China, rather than seeing it as a monolithic problem. “Not all countries have a debt problem,” he said. “However, all countries should be aware of who does.”

Overseas Development Institute Research Fellow Linda Calabrese largely agrees. She said debt growth “is not uniquely related to Chinese finance. Many African and Asian countries have taken loans from Chinese and other foreign institutions to develop much-needed infrastructure. But governments receiving these loans don’t always consider whether the project will generate economic growth and whether the debt can be serviced.”