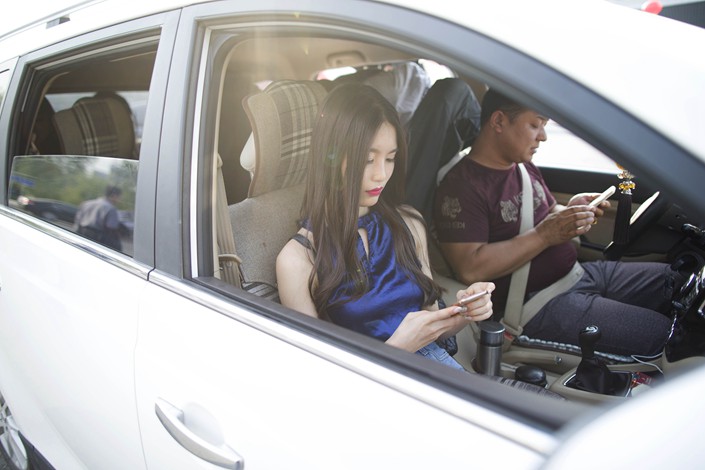 Editor’s note: The recent rape and killing of a woman in China’s Zhejiang province while using the Hitch service provided by Didi, the country’s dominant ride-hailing app, has sparked fierce public debate over the company’s responsibility in the case. Jiang Nan, a judge from Beijing’s Haidian district, analyzes the accusations that have been leveled against the company in the following piece, which has been translated from Chinese and edited for length.

1. Has Didi/Hitch caused an uptick in the incidence of sexual assault?

The data and evidence available are inconclusive.

In order to answer this question, we must first understand that in the transport sector, Didi’s competitors include unlicensed taxis in addition to licensed ones.

Within Beijing’s city limits, from 2014-18, there were two reported cases of rape and four cases of molestation (three using Hitch, one using Kuaiche). In comparison, regular taxis (not using the Didi platform) were involved in two rape cases, and there was one case of rape involving an unlicensed taxi. At the same time, consider how crimes involving unlicensed taxis tend to be underreported, and cases involving these are harder to solve. Based on the limited data currently available, it isn’t possible to conclude that Didi has raised the crime rate.

Additionally, as a platform that handles tens of thousands of transactions daily, Didi’s driver base in Beijing is probably larger than that of any other transport method. When you consider this, the number of cases is close to the normal distribution and isn’t abnormally high. Considering these things, it’s not possible to criticize Didi or its Hitch service too severely.

2. Does this mean the platform can’t be blamed for helping to cause these crimes?

The answer is no.

The reason is that Didi has created a special context, a closed space that has been described by Didi as “half-private, half-public.” In this space, the driver has great psychological and physical power. Two of the four cases of sexual assault involved drivers locking car doors and preventing victims from escaping.

When Didi moved the ride-hailing process from the offline world onto its online platform, it could not avoid also transferring risk onto its platform. And during the process of transferring this risk, it did not succeed in eliminating it, which is why the company is currently facing criticism.

Two groups of cases illustrate the situation of ride-hailing apps, which combine a brand new transport method with old risks and ideas of responsibility.

We can call the first type of case “derivative” rape. In four cases, Didi drivers established a private relationship with passengers (through adding them on WeChat) after the initial transaction was completed. Then, on their second meeting, the drivers raped their victims. The victims’ misplaced trust in the attackers was partly due to the familiarity caused by their initial rides, but while the platform can’t be blamed for the attacks, the victims’ trust was indeed a negative consequence of the inclusion of social media-like elements in the process of ride-hailing.

The second type of case can be considered criminal inaction by Didi drivers. In one case, a woman who had participated in a carpool was clearly inebriated, but the driver allowed a fellow male passenger to lead the female passenger away. The driver took no action, and the male passenger raped the woman. Cases like this should not be blamed on individual drivers, but they show that the platform lacks a convenient channel and effective incentives for drivers to fulfill their duty to keep passengers safe.

3. Is it wrong to blame Didi for not examining drivers’ criminal records?

It is not wrong.

Even if Didi currently has difficulty achieving data docking with public security authorities, it is still possible for the company to use one of the most primitive methods for vetting drivers — requiring drivers to provide evidence that they have no criminal records. But I do not expect companies to favor this approach while they are still in their expansion phase.

4. Must the platform bear the responsibility for deliberate harm and sexual assault cases?

Not necessarily. In all of the cases that have occurred so far, there is no need to investigate the platform for criminal liability. But social responsibility and values should not be confused with legal responsibility.

Judging by the cases that have happened, even though Didi is essentially providing a transport service, it sees itself as merely a middleman, and lacks sufficient ability to restrict drivers in areas ranging from auditing potential drivers to driver evaluations and incentives.

Good product management requires an understanding of human nature, but a well-designed product should not test the limits of human nature. It is never technology itself that causes problems, but rather the value choices behind the technology.