Didi Under Fire From Regulators After Passenger Murder 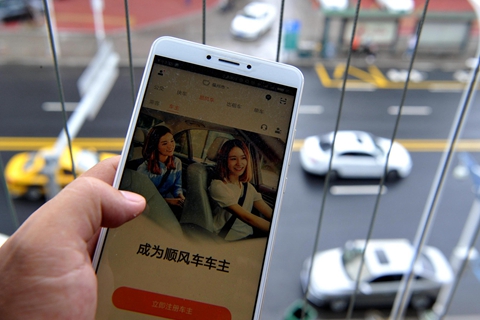 China’s ride-hailing giant Didi Chuxing is coming under pressure from authorities across the country after a gruesome passenger rape-murder case set off a public outcry over the safety of ride-hailing services.

Didi executives have been summoned by local authorities in several cities, including Beijing, Tianjin, Guangzhou, Shenzhen and Shanghai, to put pressure on the company to take immediate action. People close to Didi’s government relations department told Caixin that authorities in more cities are expected to summon Didi executives on the safety issue.

The Shanghai government is drafting new rules to punish or suspend operations of ride-hailing companies with records of repeated violations.

Local authorities in several cities accused Didi of problems such as “major management loopholes and security risks” in its operations.

A 20-year-old female passenger was raped and murdered on Friday by a Didi Hitch driver in China’s eastern Zhejiang province. Didi acknowledged that the company previously received a complaint from another passenger about suspicious behavior of the driver but didn’t immediately investigate.

It was the second passenger murder case in three months after a female flight attendant was killed in May by another Didi Hitch driver.

The Ministry of Transport said in a statement that Didi has “unshirkable responsibility” for the passenger’s death.

Didi is required to enter data on all vehicles and drivers into a government-supervised platform for ride-hailing operations. But the company has so far submitted just 3% the data on drivers operating on its platform, according to the transport ministry.

Data from the Ministry of Transport showed that Didi has uploaded data on 1.1 million vehicles and 960,000 drivers. But Didi said there have been more than 30 million drivers on its platform, excluding the carpool service.

Wang Fumin, deputy head of transportation in Guangdong province, accused Didi of being uncooperative with government regulation. He said Didi has always declined to share its vehicle and driver data with the government supervision platform.

In Shenzhen, nearly 5,000 Didi drivers and 2,000 vehicles have not acquired operating licenses, according the city’s transportation authorities.

Late Tuesday, Didi Chuxing founder Cheng Wei and President Jean Liu issued an apology to the victim and the public, saying that “vanity” and “non-stop riding on the force of breathless expansion and capital” contributed to the tragedy.

“Any words are useless in the face of loss of a life. But we still wish to say we are sorry to the victim, her family, and everyone,” Cheng and Liu said in a statement, “We are sorry. We failed your expectations.”

The business model of Hitch will be thoroughly re-evaluated and suspended indefinitely until a safety protection mechanism is accepted by the users, the executives said in the statement.

Didi will stop using scale and growth as its measurement of performance and instead will use safety as the single most important metric, they said.