Update: Beijing Blasts Didi After Another Passenger Killed by Driver

By Mo Yelin and Leng Cheng 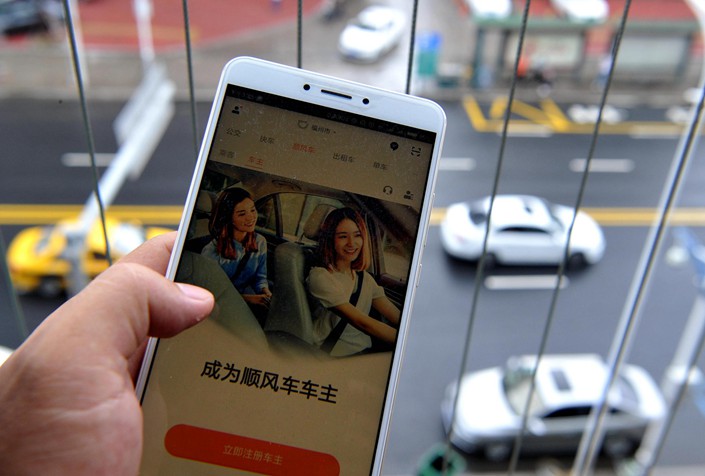 The central government has ordered ride-hailing giant Didi Chuxing to make “passenger safety its bottom line” after a woman was allegedly raped and killed by her driver over the weekend while using its carpooling service.

On Sunday morning, public security and transportation officials in both Beijing and Tianjin summoned Didi executives to a meeting and demanded a “thorough reform” of its Hitch carpooling service, the Ministry of Transport said in a statement (link in Chinese). The authorities said that Didi had “unshirkable responsibility” for the passenger’s death.

On Monday, Didi suspended its Hitch carpooling service nationwide after a woman was killed while using the service in the eastern city of Wenzhou, Zhejiang province.

The incident has raised questions about Didi’s ability to protect its users and has dealt a blow to the reputation of the company, one of China’s oldest and most established “unicorns” — startups valued at more than $1 billion. Didi currently boasts a user base of 550 million, mostly in China, with daily ridership hitting over 30 million, according to a previous company statement. The firm’s investors include SoftBank Group Corp. and Apple Inc., and in July it raised $500 million from U.S. travel firm Booking Holdings Inc. Didi is currently valued at $56 billion.

The passenger’s death came just three months after Didi revamped its safety measures for Hitch after a female flight attendant was killed while using the service.

Didi has faced repeated accusations of sexual harassment by its drivers as well as complaints that its abuses its near monopoly on ride-hailing to overcharge users. Many Didi drivers have also been convicted of rape.

The latest victim — identified only as a 20-year-old with the last name Zhao — was raped and killed on Friday while traveling from the suburbs of the city of Leqing to the neighboring county of Yongjia, according to an announcement made by the Leqing police department on its Weibo social media account on Saturday.

The two places in southern Zhejiang are about a 40-minute drive apart. About 2 p.m. during the drive, Zhao texted a friend for help, but was then cut off from friends and relatives. Police said the suspect is a 27-year-old man surnamed Zhong, who was taken into custody by police on Saturday and has admitted to the crime.

Didi said in a statement on Saturday that it had “inescapable obligations” in the case. It apologized to the public and promised compensation to the victim’s family.

The driver, who had no criminal record, passed Didi’s screening process for drivers. He used an authentic identification card and driver’s license to pass the platform’s artificial intelligence-powered facial recognition system, according to the company’s statement.

However, Didi acknowledged that it had received a complaint about Zhong’s behavior the day before the passenger was killed. Didi disclosed that another passenger had complained that Zhong had repeatedly asked her to sit in the front seat during a ride and then followed her after dropping her off at a remote location. Didi, however, didn’t immediately investigate the complaint.

“There are still many problems with our customer services system, which has a hard time dealing with issues involving passenger security,” Didi said in statement on Sunday, “For this ‘painful lesson,’ we sincerely accept criticism from the public … and will cooperate with police to come up with more effective measures to combat crimes.”

In its statement on Sunday, Didi said that it has dismissed Huang Jieli, Hitch’s general manager, and Huang Jinhong, the firm’s vice president for customer service, from their positions.

However, Didi’s response didn’t quell public anger as netizens, bloggers and celebrities took to the internet. Eric Wang, a famous movie star popular among China’s youth, posted a screenshot on China’s Twitter-like social media platform Weibo that showed him uninstalling the Didi app. As of Monday, Wang’s post has been forwarded for more than 70,000 times and has been “liked” by more than 1.1 million users.

Furthermore, a Chinese hashtag that could be translated as #DeleteDidi has been trending on Weibo since Friday.

“From the minor issues — such as drivers hitting passengers — to the murders, such as of the flight attendant three months ago and now the 20-year-old girl, I can’t really put up with it any longer,” said a Weibo user called Bici Zhaoyu.