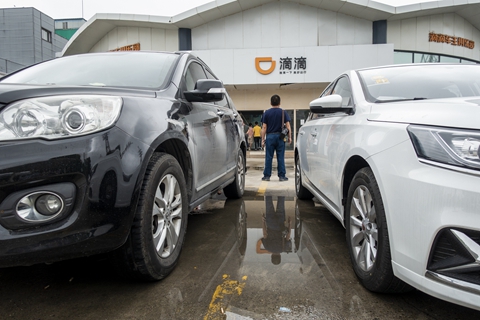 Didi has marketed Hitch with a focus on “social networking.” Photo: VCG

China’s ride-hailing giant Didi Chuxing has fired two senior managers and promised business reforms after a 20-year-old woman was allegedly raped and killed by a driver over the weekend while using Didi’s popular carpooling service.

But, the public rightfully asks, is that enough?

The incident occurred just three months after a young female flight attendant using the same Didi service was killed by different driver. In both cases, Didi suspended the Hitch carpooling service — which matches drivers and passengers on the same route — and promised to revamp its safety measures.

Also in both cases, Didi said it had received complaints from other riders about the suspect before the killing, without following up on the complaints.

The repeated crimes are alarm bells for Didi to seriously reassess its business model as its corporate reputation is at stake. For regulators, it is time to re-evaluate their approach to regulating freewheeling internet behemoths.

Didi launched the Hitch service in 2015 as a budget version of its ride-hailing service. The company has marketed Hitch with a focus on “social networking” and has allowed drivers to create public tags for passengers, including physical features, gender and age. This function was removed after the May incident.

Huang Jieli, the former general manager of Hitch who was fired Sunday, once described Hitch as “a very sexy application scenario” to make a private car “a half-open, half-private social space.” Didi has repeatedly advertised Hitch with the implication of “dating” and “making friends.”

Many analysts have argued that such a model makes a carpooling service a cradle for sexual harassment, misleading drivers and putting passengers’ privacy and safety at risk.

Now, after a second passenger killing in three months, the public deserves to know whether this business model and product logic were backed by Huang personally, or whether they reflect Didi’s business philosophy. And will the removal of an individual executive make things different?

After the May incident, the transport ministry published an article accusing ride-hailing companies — without identifying Didi — of flat-out ignoring regulatory directives, just giving lip service in place of taking concrete measures. The article said the companies care only about valuation and investor benefits and don’t take the public interest seriously.

As ride-hailing platforms become a significant segment of the public transport system, regulators should improve supervision to catch up with the pace of the changing market. They shouldn’t allow companies to use innovation as an excuse to avoid regulatory oversight.

With 90% of the ride-hailing market and a $56 billion valuation, Didi has grown into a behemoth that regulators are hesitant to touch for fear of hurting the industry or local growth. This is partly because Chinese regulators often shoulder dual missions to regulate the market while encouraging an industry to grow. That can lead to a laissez-faire approach that encourages businesses to challenge regulatory boundaries.

Didi has faced repeated accusations of sexual harassment by its drivers as well as complaints that the company abuses its near-monopoly on ride-hailing to overcharge consumers. Regulators so far have made little effort to fix these issues.

In the latest incident, Didi has inescapable responsibility, in terms of business model, customer service and emergency response. It is time for Didi to make fundamental changes. Otherwise Didi, one of China’s most established “unicorn” technology innovators, will march to the opposite side of the rule of law.

Beijing Blasts Didi After Another Passenger Killed by Driver