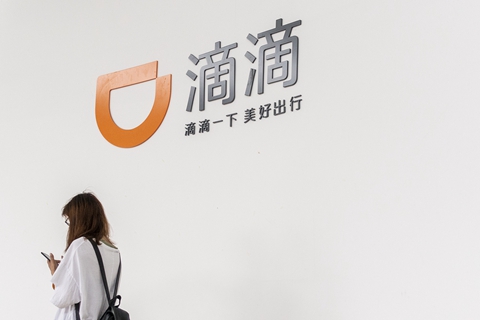 Chinese ride-hailing giant Didi Chuxing Technology Co. has been testing self-driving vehicles in four cities in China and the U.S., gearing up for the fledgling technology in a race with global rivals.

Zhang didn’t elaborate on which cities Didi is using to test the fleets. In May, Didi won approval to launch live trials of autonomous vehicles on roads in California.

Ride-sharing businesses will provide one of the most applicable commercial solutions for self-driving technology over the next 10 years, Zhang said, adding that the company is aiming to become one of the top players in the world.

Didi is China’s largest ride-hailing service provider since it acquired Uber’s China operation in 2016, ending years of costly turf wars. Didi commands more than 90% of China’s ride-hailing market with 550 million registered users. The company said the number of daily rides it provides has reached 30 million, with more than 30 million drivers active on its platform.

But Didi faces rising challenges from existing and new rivals, forcing it to step up business expansion and new technology development.

Earlier this year, Didi CEO Cheng Wei told the Financial Times that the company is set to launch autonomous taxis in 2019.

Ride-hailing service providers are counting on the self-driving technology as a key to reducing costs while improving efficiency. Lyft said in May that it will deploy 30 self-driving vehicles in Las Vegas later this year. Uber has said it expects to have fully autonomous cars in operation as early as next year.

Internet giants have also joined the fight to capture the emerging market. Google’s self-driving unit, Waymo, said it will launch autonomous taxi services in Phoenix, Arizona, by the end of this year. The company has been testing more than 600 self-driving vehicles in 25 American cities.

Chinese search engine Baidu said last month that it was close to rolling out China’s first autonomous buses ready for commercial use and that it planned to put 100 self-driving minibuses on the road, which will have no steering wheel, driver’s seat, accelerator or brake pedal.

But safety is still a major concern for self-driving services. Such concern was highlighted after a March accident in which an Uber vehicle struck and killed a pedestrian crossing a street in Arizona.

Zhang said Didi will continue investing heavily in self-driving vehicles as well as related technologies such as internet-connected cars, voice-control systems and smart city transport. Didi has set up a partnership with 20 Chinese cities to use its technology in urban traffic control to reduce congestion, Zhang said.

Didi has spent most of its income on research and development, including 70% on ride-sharing system-building, 20% on smart urban transportation systems and 10% on electric and self-driving vehicles, according to Zhang.