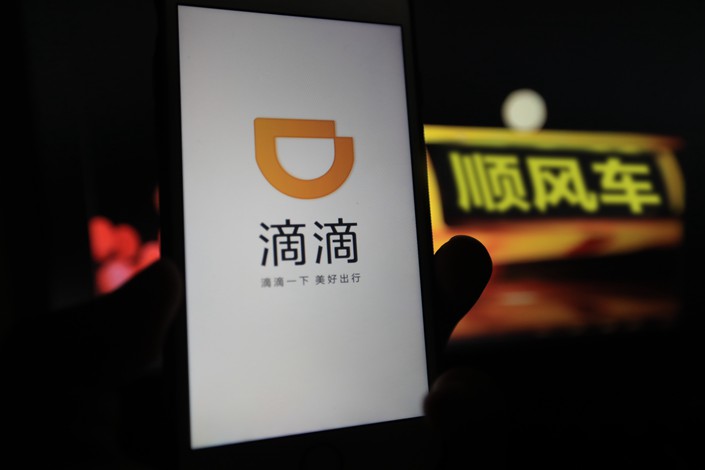 Didi, one of China’s most successful startups, has since Monday suspended its Hitch carpooling service nationwide. Photo: IC

* The Hitch service has been a big profit generator for Didi, one analyst said

(Beijing) — The value of China’s top ride-hailing platform, Didi Chuxing, could take a big hit if it shutters its key Hitch car-pooling service, as the company weighs its next step after the killing of a second passenger by a driver, industry experts said.

Didi is one of China’s most successful startups, and has recently begun expanding beyond its home market. But on Monday it suspended its Hitch carpooling service days after a 20-year-old woman was killed by a driver in East China’s Zhejiang province. That came just three months after another woman was killed while using the service.

The suspension of Hitch — one of Didi’s key revenue-generators — comes at a critical time for the company, as it reportedly considers a public listing as early as next year. The company is one of China’s oldest “unicorns” — startups valued at more than $1 billion — with 550 million users. It reached its current size after a bloody battle with Uber, which sold its China operations to Didi in 2016.

The company was valued at $56 billion when it completed a $4 billion funding round in December. Investors in that round included Japan’s SoftBank, while the company’s earlier backers include the likes of Apple Inc.

But that valuation relies heavily on Hitch, which currently has 20 million drivers and generated as much as 800 million yuan ($117 million) in profits for Didi last year, said Wei Wuhui, a business partner at SkyChee Ventures, citing third-party reports.

“Didi’s current valuation could be significantly reduced if Didi were forced to remove the business indefinitely,” said Wei, who is also a tech columnist.

Launched in 2015, Hitch is cheaper to operate than Didi’s other two higher-end services connecting private drivers with passengers because it doesn’t require car maintenance and has lower recruitment costs due to less driver scrutiny, Wei said. That has helped the service to become one of Didi’s biggest profit generators, he added.

The two killing scandals in three months have put Didi in a state of crisis as people took to the Internet to express their anger and pledged to boycott the platform. The killings follow a long string of rape cases involving Didi drivers and their passengers, many resulting in convictions.

Didi is also coming under pressure from Chinese authorities, who have stepped up pressure for the company to ensure the safety of its passengers. That campaign saw central government officials on Sunday meet with the company and ask it to make “passenger safety its bottom line.”

As of Tuesday, local police and transportation bureaus in at least 10 Chinese cities, including Guangzhou, Shenzhen and Chongqing, had also met with Didi. The most severe warning came from Shenzhen, the boomtown bordering Hong Kong in South China’s Guangdong province, where city officials warned the company it could be banned indefinitely in the area.